Nili Fossae is a region that is thought to be approximately 3.5 billion years in age and, based on results from Omega, is the largest exposure of olivine (a common dark colored rock forming mineral found in igneous rocks) on the surface of Mars. The many fractures and grabens (depressed blocks of crust resulting from extension) that make up the region are believed to be the result of the Isidis impact basin.

Of particular interest are the two impact clusters found midway down this image. Each cluster is approximately 100 meters in diameter. The exact origin of such features is not known. It is thought that they are the result of a loosely conglomerated, stony meteoroid that broke apart during descent through the Martian atmosphere. 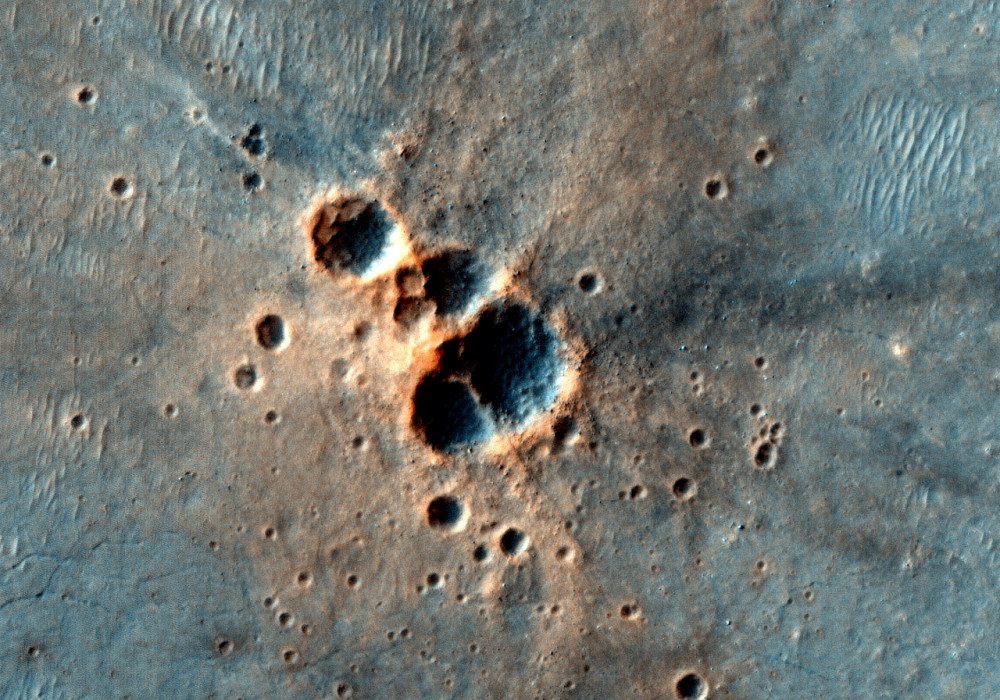