Clusters of Mounds at Acidalia Planitia

This HiRISE image shows clusters of light-colored mounds poking through the dark plains of Acidalia. These mounds are similar in shape and color to mounds identified elsewhere in the Northern Lowlands.

The mounds imaged here are approximately 250 meters (270 yards) across, and most of them have one or more central crater-like depressed areas, looking like terrestrial cinder cones . Terrestrial cinder cones are formed by loose volcanic fragments, mostly gravel- and boulder-size. In contrast, the surface of these Martian mounds looks cemented rather than bouldery.

There are several hypothesis to explain the origin of these Martian mounds; all of them require the presence of fluids near or at the surface.

Another possible explanation is that these mounds are mud volcanoes , similar to those found at Trinidad and Tobago . Mud volcanism occurs when buried wet sediments are subject to high pressures and squeeze out though weak points at the surface.

Some terrestrial pseudocraters are also similar to these Martian mounds. Pseudocraters form when lava flows over wet terrains or over water bodies. The lava’s heat vaporizes the fluids, which then burst through the lava, producing small explosions and building conical landforms. 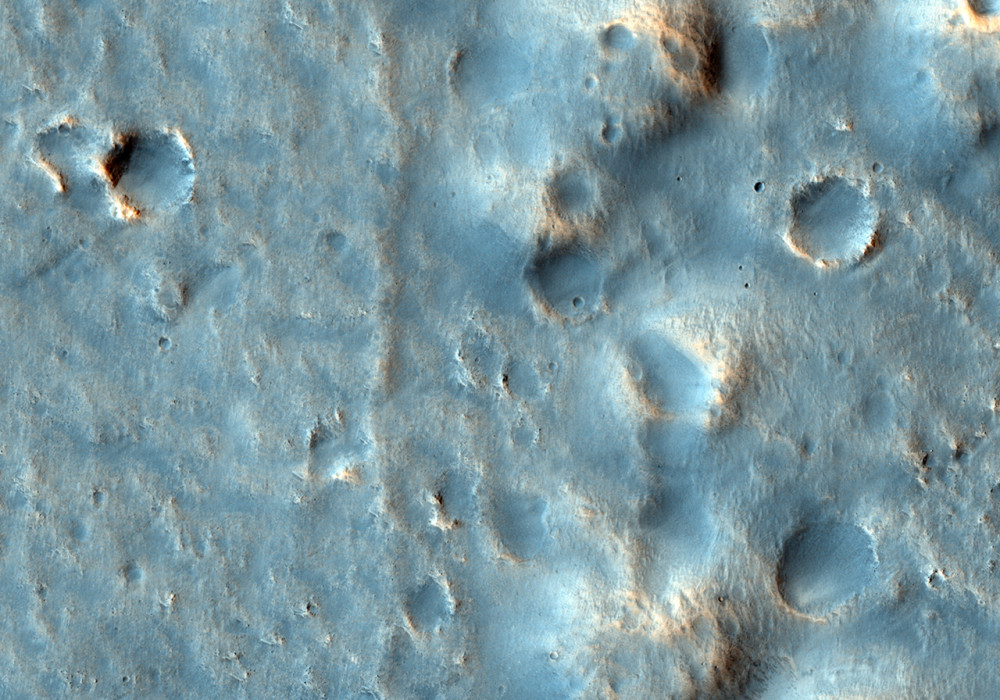