This HiRISE image shows a collapse pit in Tractus Fossae, a region of large ridges and troughs created by tectonic activity.

The pit in this image has very steep walls, and so only a narrow arc is illuminated by sunlight. The rest of the pit is in dark shadow. However, a stretched version of the image shows details of the pit floor, due to a small amount of scattered sunlight.

Pits like this form by collapse into underground voids, such as those left by propagating magma-filled dikes. They may sometimes have overhanging walls, although in this case the walls can be seen and appear nearly vertical. Some similar features are found on Earth: Devil’s Throat, in Hawaii, is one example. Other similar examples have been imaged on Mars as well. 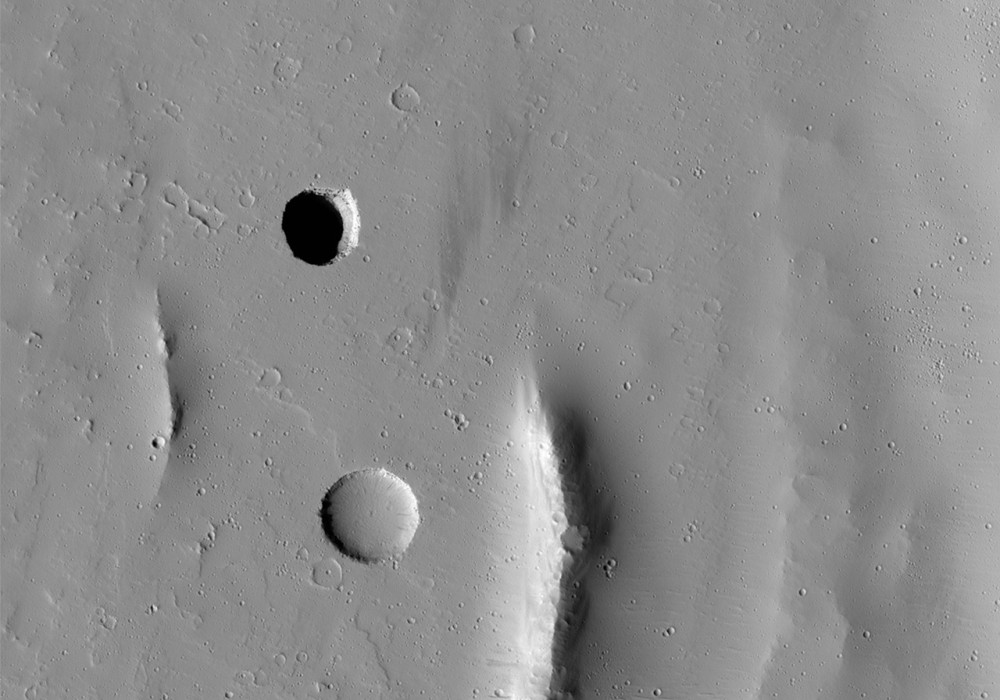