This observation (forming a stereo pair with ESP_016538_2190 ) shows part of an unnamed crater whose fill material has collapsed.

This crater may have been filled with ice, then covered by sediments or lava. Later the ice was lost by melting or sublimation and the topmost layer of indurated material collapsed, forming the broken and bent layer seen today.

The original image description reads “Pristine channels in fractured materials on crater floor.” That’s because when the target suggestion was entered (by me), I thought there were some narrow dark curving channels from a quick examination of MOC image R1601469. This could indicate geologically-recent flow of water, the stuff we’re supposed to follow.

However, the HiRISE images, especially viewed in stereo, show that these narrow dark features are actually the steep edges of escarpments created by the collapse. So beware of believing HiRISE image descriptions! Sometimes our initial impressions collapse. 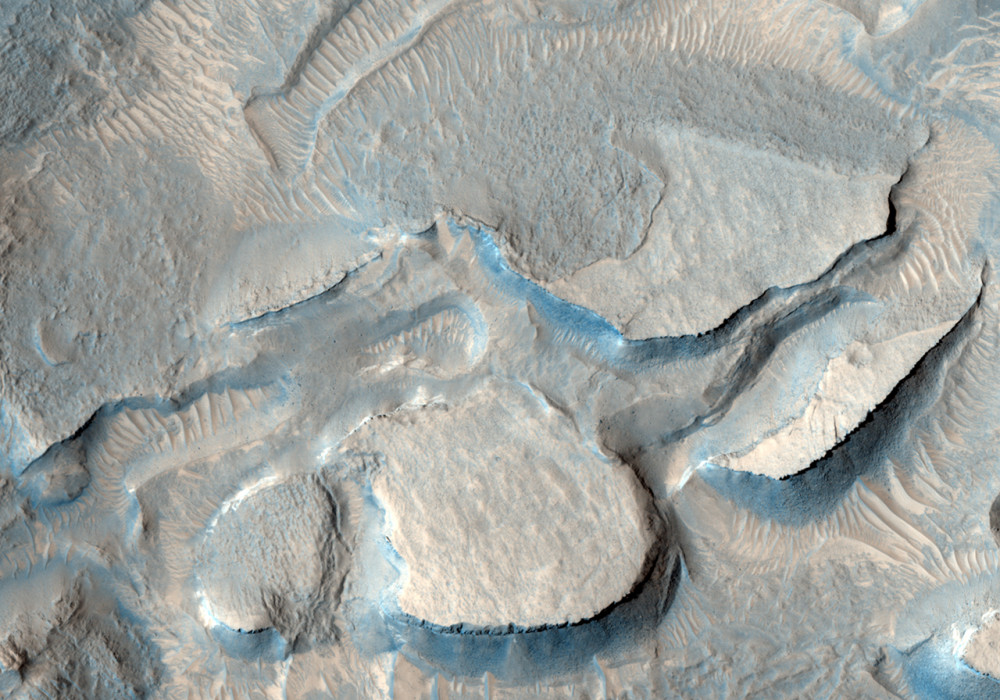