This image covers the northern edge of the largest volcano in the solar system, Olympus Mons. The margin of Olympus Mons is defined by a massive, tall cliff. At this location, it is nearly 7 kilometers (23,000 ft) tall. The cliff exposes the guts of the volcano, revealing interbedded hard and soft layers. The hard layers are lava and the soft layers may be dust (from large dust storms) or volcanic ash.

This HiRISE image also shows a large tongue of material that has flowed over the giant cliff. While superficially similar to lava flows, this flow is actually a landslide. Most scientists think the the cliffs also formed by landslides, just much bigger ones. All this collapse is driven by the weight of the huge volcano exceeding the strength of the rocks of which it is composed. 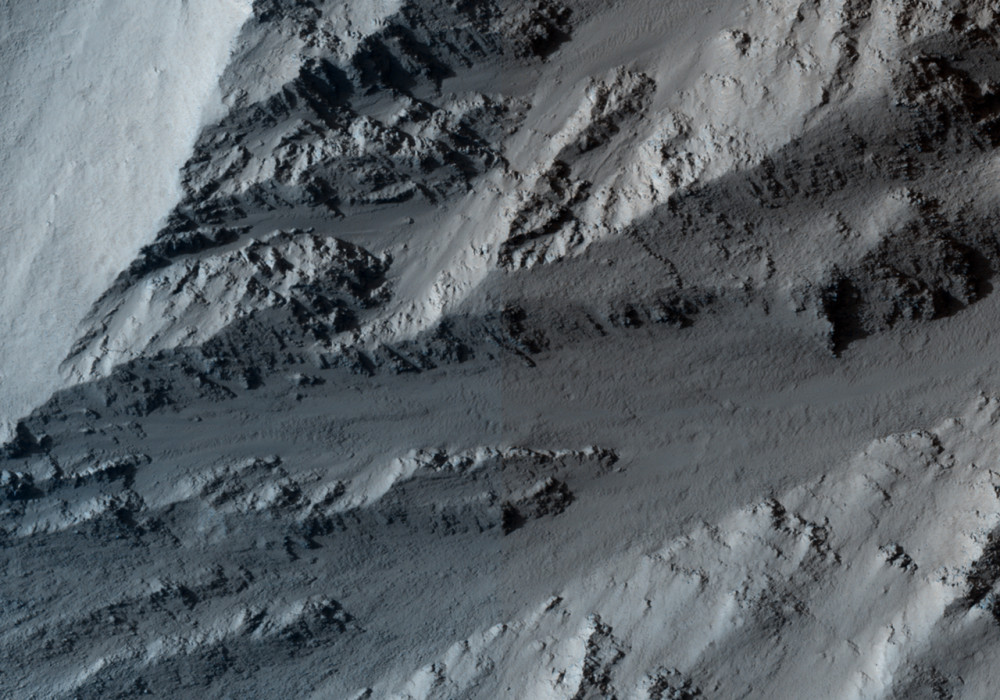