This image covers part of a proposed rover landing site in the Mawrth Vallis region of Mars. The portion visible here is roughly 200 meters, or 650 feet, across, and shows an enhanced color view of light-toned rocks ranging in color from light blue to tan.

Polygonal fracture patterns (similar to a tiled floor) are visible on the surfaces of some of these rocks, and yellow/brown ridges protruding from the surface may be composed of hard minerals or cemented sediments formed when water flowed through fractures in the ancient bedrock. Dark blue dunes or ripples of wind-blown sand are also visible on the surface here.

Elsewhere in the image, exposures of the light-toned rocks in the steep walls of impact craters reveal that these rocks are finely layered, similar to sedimentary rocks on Earth. The orbiting infrared spectrometers OMEGA and CRISM have demonstrated that these layered rocks contain clay minerals, which can only form in the presence of water. The different colors of the rocks typically reflect differences in composition, suggesting that multiple styles or episodes of water activity may be recorded in the rock record here.

These characteristics have made Mawrth Vallis a prime candidate landing site for future Mars rover missions, including NASA’s Mars Science Laboratory due to launch in 2011. 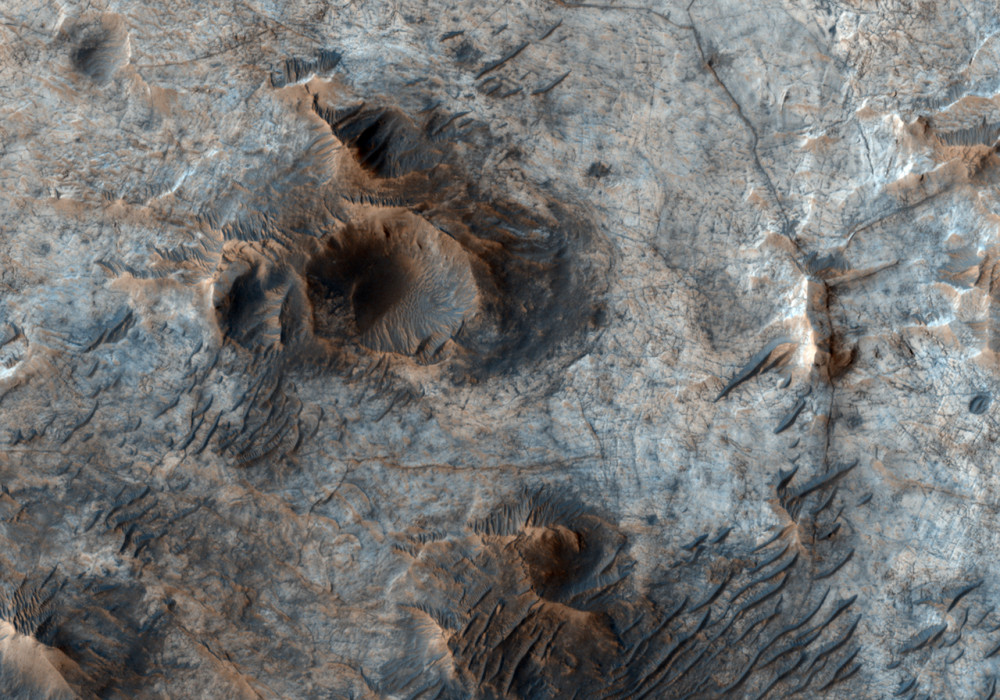