Small impact craters retain their original bowl shape, but once a crater is large enough that the force of gravity on the slopes of the crater wall is greater than the strength of the target material, the wall collapses inward to form a central peak.

The colorful rocks exposed in the central peak visible in this image probably reflect variations in mineral content that were caused by water activity early in Mars’ history. The CRISM hyperspectral image that was taken at the same time as this HiRISE image may show evidence for the various types of minerals that presumably are responsible for the colors visible here. 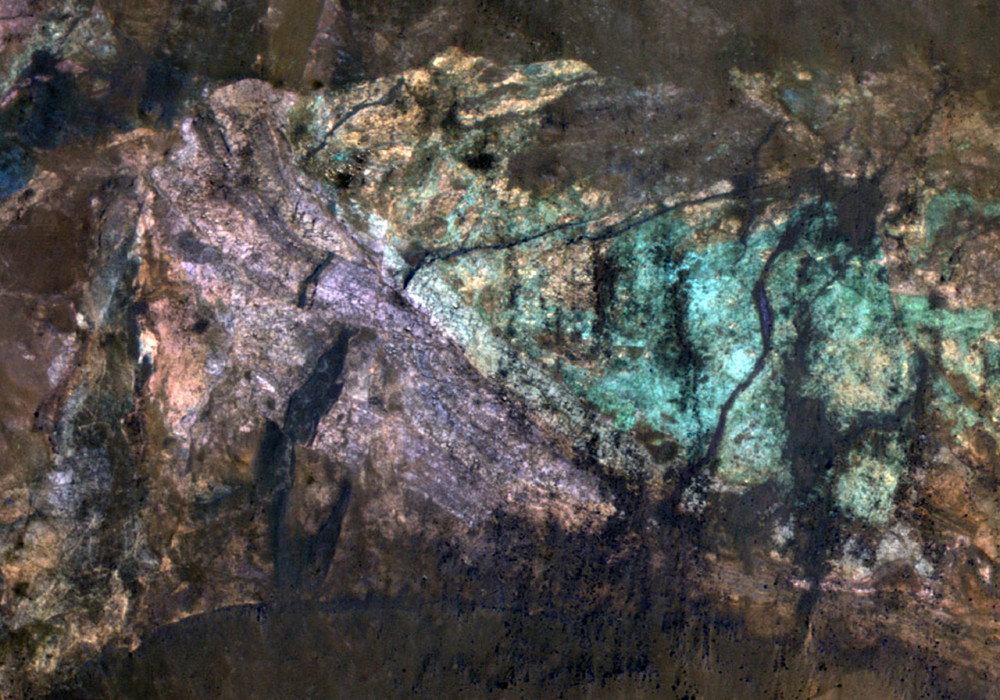