HiRISE has imaged Ritchey Crater several times before (see ESP_011635_1510 , ESP_025797_1515 and ESP_026931_1510 for some examples), but its interesting features extend beyond the range of a single–or even several–HiRISE footprints. HiRISE now has complete coverage over the central uplift in this 80-kilometer diameter crater.

Central peaks form in large impact craters during the impact event, when the crater floor rebounds after the initial compression. These central uplifts make attractive targets for HiRISE both because they tend to be relatively dust-free, and because as a consequence of their formation, they tend to bring up to the surface rocks that come from greater depths.

In the case of Ritchey Crater, these exposed rocks appear to be chunks of fractured bedrock, possibly of plutonic origin. (Meaning igneous rock that solidifies below the surface). Visible in enhanced colors here are some of these bedrock blocks. The dark, ridgelike lines that cut across the colorful blocks may be dikes, formed when molten rock forced its way into pre-existing linear fractures in the surrounding rock. Alternatively, the ridges could be the result of minerals precipitating out of groundwater flowing through the fractures. 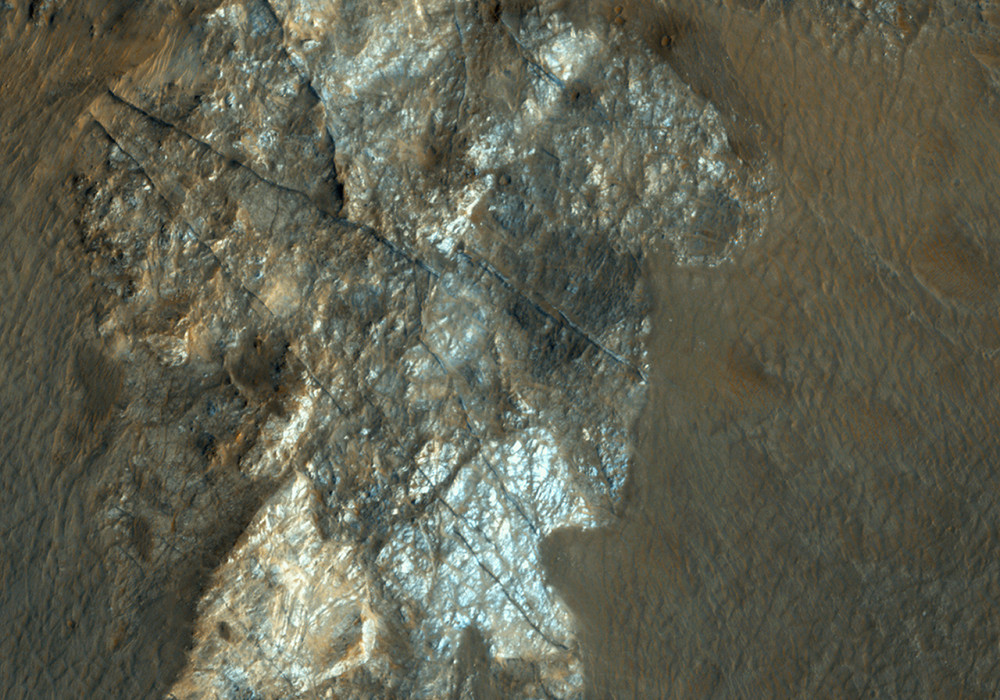