This HiRISE image shows great detail of light-toned knobs in a region known as Ariadnes Colles in the southern hemisphere of Mars.

As visible in this false color RGB composite, there are high standing light-toned deposits that are covered by darker material. This darker gray-blue material is most likely dust or sand that once covered the region, was since lithified (cemented), and is now being eroded.

The older bright rock that is now exposed from underneath exhibits raised ridges that are likely fractures that have been filled in with material. The material that filled these fractures is harder than the surrounding rock and takes longer to erode. This causes the fracture fill material to have a raised appearance in the knobs. The CRISM instrument has shown that similar knobs in this region contain minerals with water, indicating that this area contained water at some point in the past.Written by: Ralph Milliken   (10 March 2008) 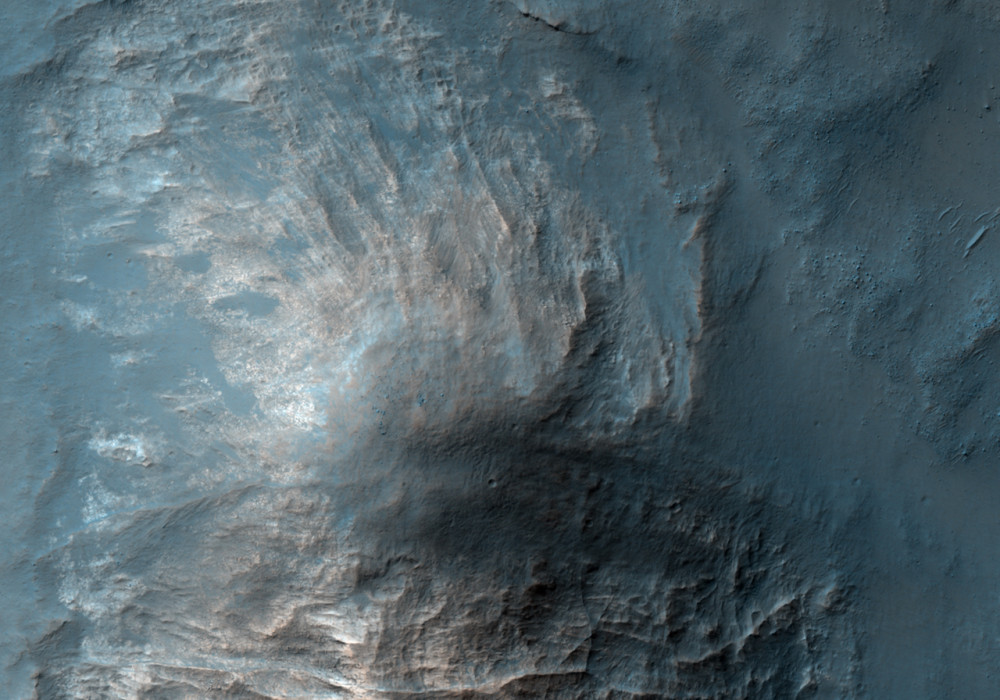