This image shows several colorful outcrops of rock in Schiaparelli, a large impact crater near Mars’ equator. The colors indicate different rock layers and wind-blown materials, and a varied and complex geologic history. The area of the image is now being eroded, exposing several different types of material.

The RGB enhanced-color image shows regions of several colors, corresponding to different textures. A prominent light-colored patch near the center of the image is one of the major rock types. This rock is eroding and has a scalloped appearance. Other rocks in this large light patch appear to have alternating light and dark layers.

Elsewhere in the image, the surface is blue and brown and has a ridged or rippled appearance, with several different scales of ripples. This material appears to sit on top of the light rocks near the center. These ridges have the appearance of ripples formed by wind-blown sand; strangely, however, some appear linked with ridges in the light outcrop at the center, so these could have been lithified (turned to rock). Observations like this one suggest that the relations between the units here are complex, since the units seem linked despite different colors and textures. 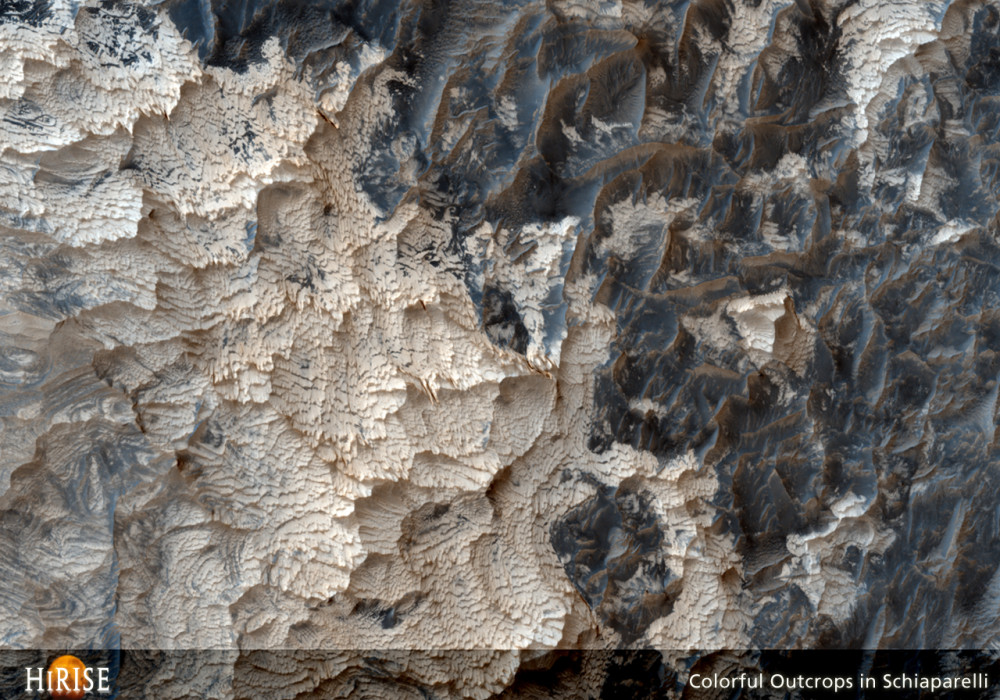