The enhanced color image of this observation includes some interesting features in and near the central uplift of Ritchey Crater.

At the top is an ancient streambed, and above center are multicolored rocks and minerals in the central uplift. Large impact craters are unstable when they are formed, because their walls are so steep. Gravity causes the walls to collapse toward the center of the crater, colliding to form an uplift or peak. This process of central uplift formation can bring rocks from deep in the crater walls up to the surface.

The angular bright blocks near the center of this image show that this process breaks the wall rocks into fragments as the central uplift is formed. 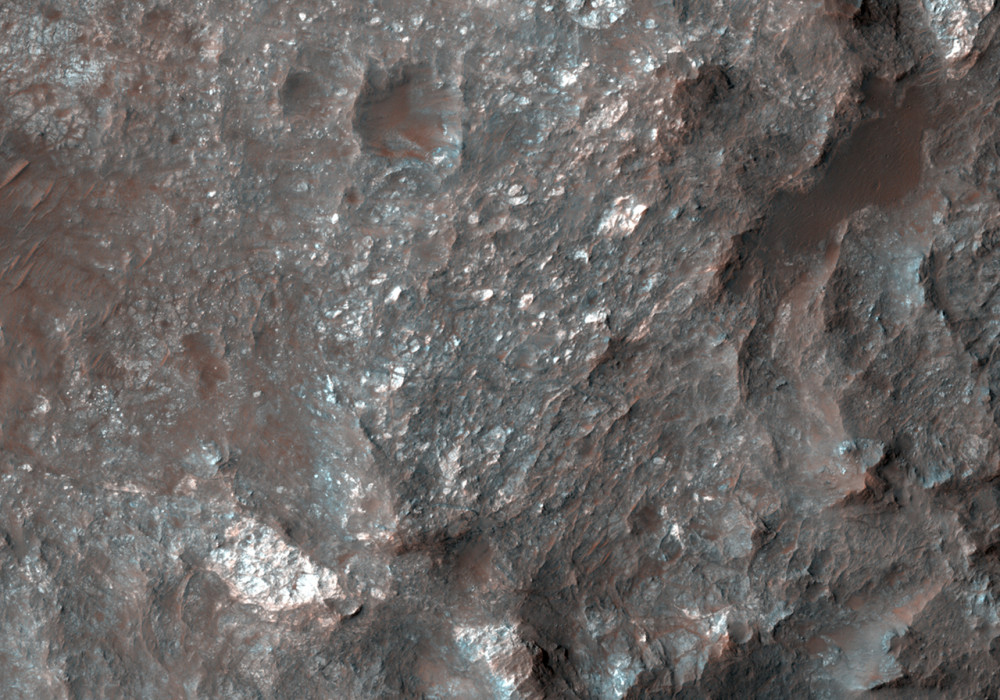