Colorful Rocks in the Central Peaks of Ritchey Crater

Central peaks form when a large impact crater rebounds after the initial compression stage, lifting deep bedrock up into hills or mountains. Ritchey Crater is a large (more than 100 kilometer diameter), well-preserved impact crater in the southern highlands of Mars, south of Valles Marineris.

This HiRISE color image reveals a rich diversity of colors and textures in the central region of the crater. For example, the subimage shows several densely fractured outcrops of bedrock with a range of colors due to different rock types, partially covered by dark sand dunes.

In the middle of the area is medium-dark material that contains many bright rock fragmentsperhaps breccia (broken up and randomly jumbled rocks). There are raised ridgesboth straight and sinuouswhich may mark fractures and channels that could have been indurated (hardened) by water-deposited minerals. The heat of the impact event could have driven hydrothermal circulation of water for many centuries.

The colors in this image are from the infrared, red, and blue-green filters, in which each color band is given a separate contrast stretch. In the subimage the colors were further enhanced in intensity to reveal more subtle variations. If a rover could land here, it would be able to study a treasure trove of diverse rocks and minerals and ancient environments. 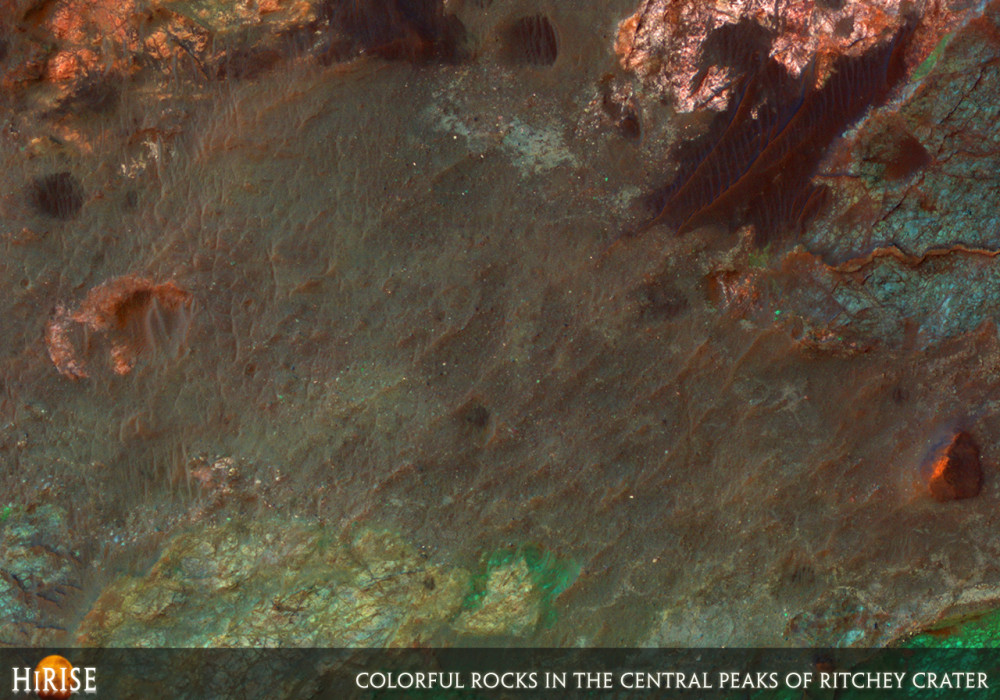