This false-color RGB image shows many layers, or strata, of light-toned rock in the Aureum Chaos region of Mars.

Data from the CRISM instrument have shown that many of these light-toned strata contain sulfate salts and hematite. These minerals were also found in rocks in Meridiani Planum by the Opportunity rover. Both CRISM and the rover have detected sulfate salts with magnesium, calcium, and iron.

It is possible that the color variations visible in this image (whitish to tan to orange-red tones) are a result of variations in the types of sulfates and other minerals present in these rocks. The low areas between these mesas and rock outcrops are covered by sand, which appears blue in this image. Many sand dunes on Mars contain a mineral called pyroxene, which absorbs and scatters light in such a way that it often appears blue in these false color images. Pyroxene is a common mineral found in basalt, and it is likely that dunes such as these are composed of small grains of weathered, broken-up basalt.

The spatial relationships between the anhydrous (water-free) minerals found in the dunes, as well as the hydrous (water bearing) minerals in the rock, help us to understand when and how water interacted with the surface of Mars in the past.Written by: Ralph Milliken   (6 March 2008) 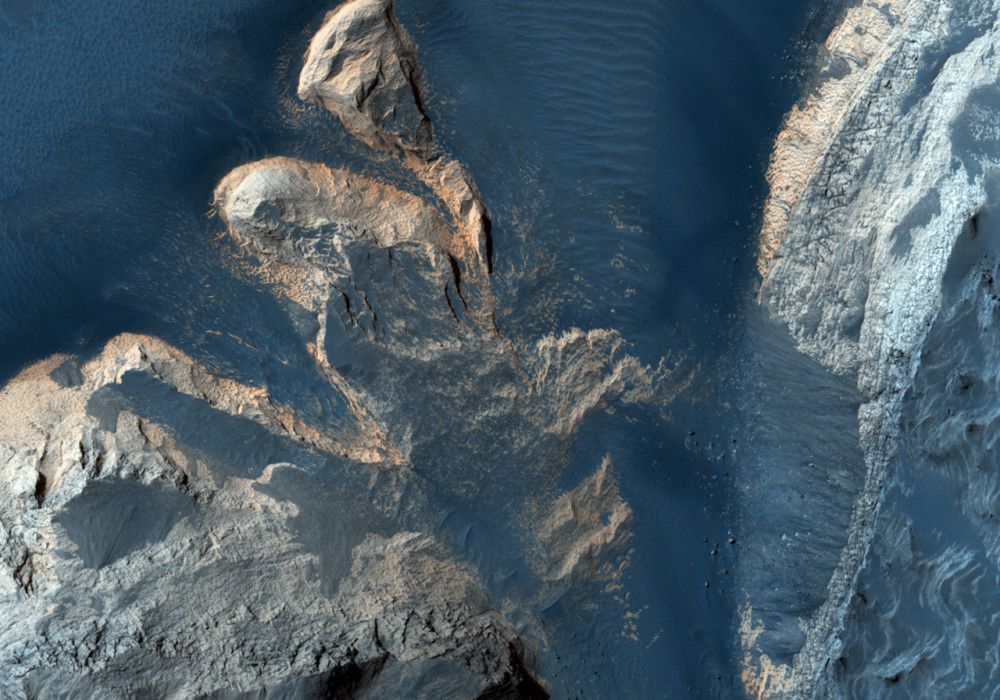