Large impact craters have central regions of uplifted bedrock, a rebound effect following the tremendous energy of a hypervelocity impact. This produces windows into the deep and more ancient geologic history.

Central peaks on Mars have some of the most diverse and distinctive rock types. In this enhanced-color subimage we see two distinctive bedrock colors–light blue and purple–plus reddish to black fine-grained materials covering some of the rock. These rocks are generally massive or jumbled, and do not show regular layers like lava flows or water-lain sediments. One possibility is that these are plutonic rocks, where molten rock solidified at depth rather than erupted onto the surface as lava flows or particles.

Analysis of the CRISM spectra here should provide further clues. This spot is in the vast northern plains, where some workers believe there was an ancient ocean. So far, the mineralogic signature of ocean-deposited sediments has not been reported. 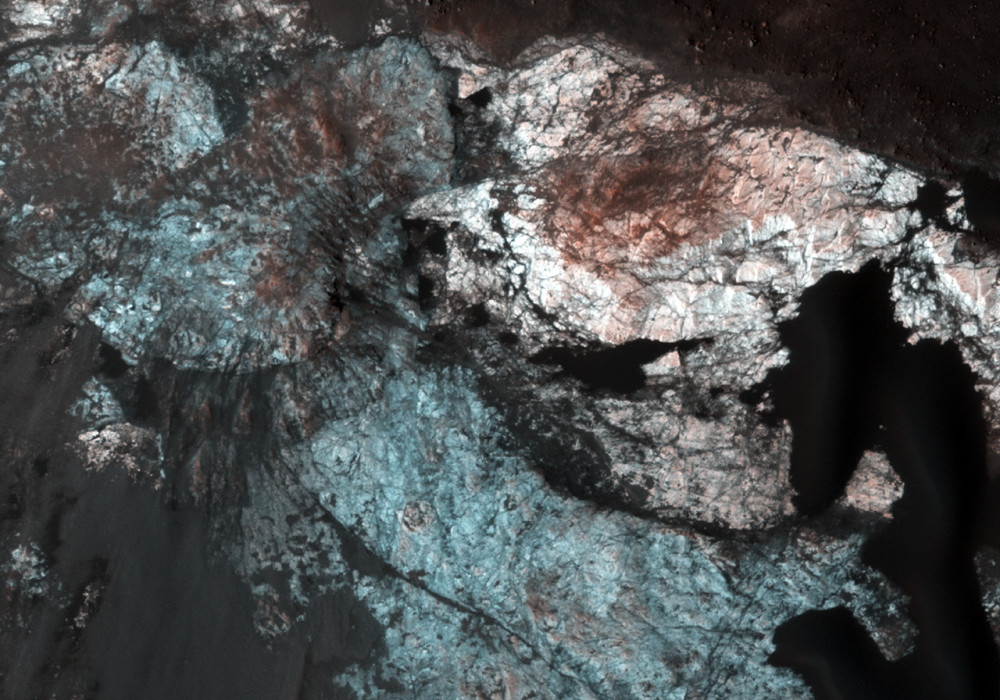