Columnar Jointing on Mars and Earth

HiRISE first discovered columnar jointing on Mars in 2009 ( Milazzo et al. 2009 ). This jointing is an exciting discovery because it forms when molten lava is cooled quickly by liquid water resulting in columns of polygonal-shaped rock. Finding evidence like this for large amounts of liquid water on Mars is important for understanding the planet’s climate history and habitability.

This image shows columnar jointing at a new site, previously unreported. These distinctly jointed layers are located on the northern wall of an 18-kilometer (approximately 10 miles) crater inside Isidis Planitia.

During a recent field trip near Moscow, Idaho, HiRISE scientists visited a site with similar columnar jointing . The sizes of the columns are only slightly different (the columns in the HiRISE image are a few yards across, while the ones we saw on Earth are only a few feet across). Smaller columns may also be present at this site, but they would be below even HiRISE’s ability to resolve. The columns on Mars most likely formed in the same way as the columns we see on the Earth.

If you look at the enhanced color version , you can almost imagine those people walking along the base of that cliff, studying the geology of Mars in person. 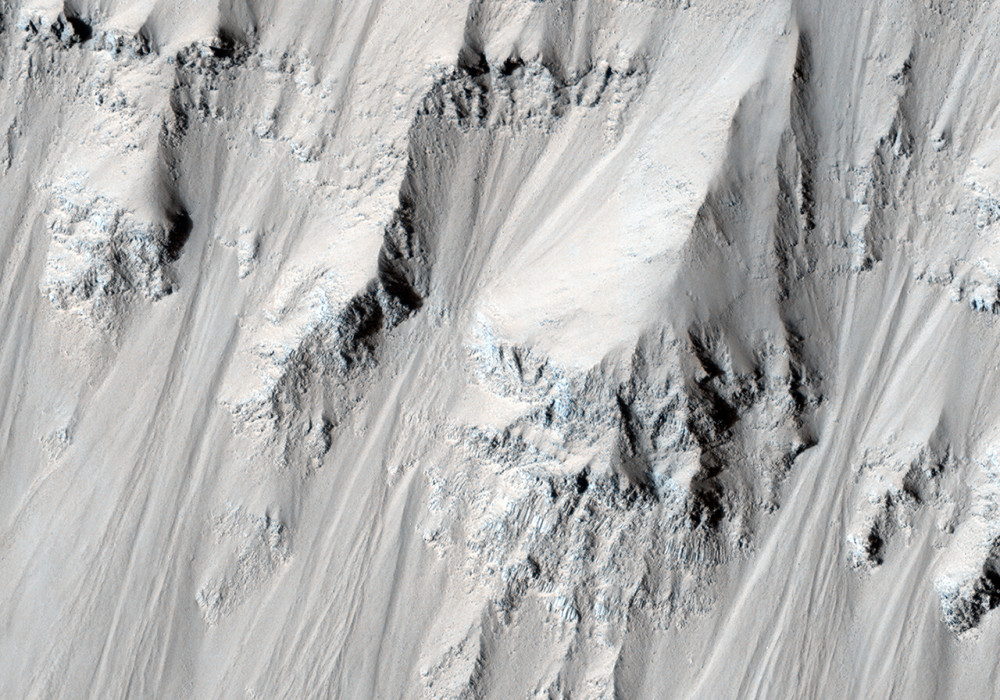