The subimage shows two craters on Mars that are reminiscent of the Greek muses of comedy and tragedy.

The muse of tragedy, Melpomene, wore the sad mask, and the muse of comedy, Thalia, wore the happy mask. Martians probably never enjoyed the theater, or were influenced by the Greeks.

A more likely explanation for the features seen here is that sand was blown into these craters and collected into dunes on their floors, where the winds are less intense. 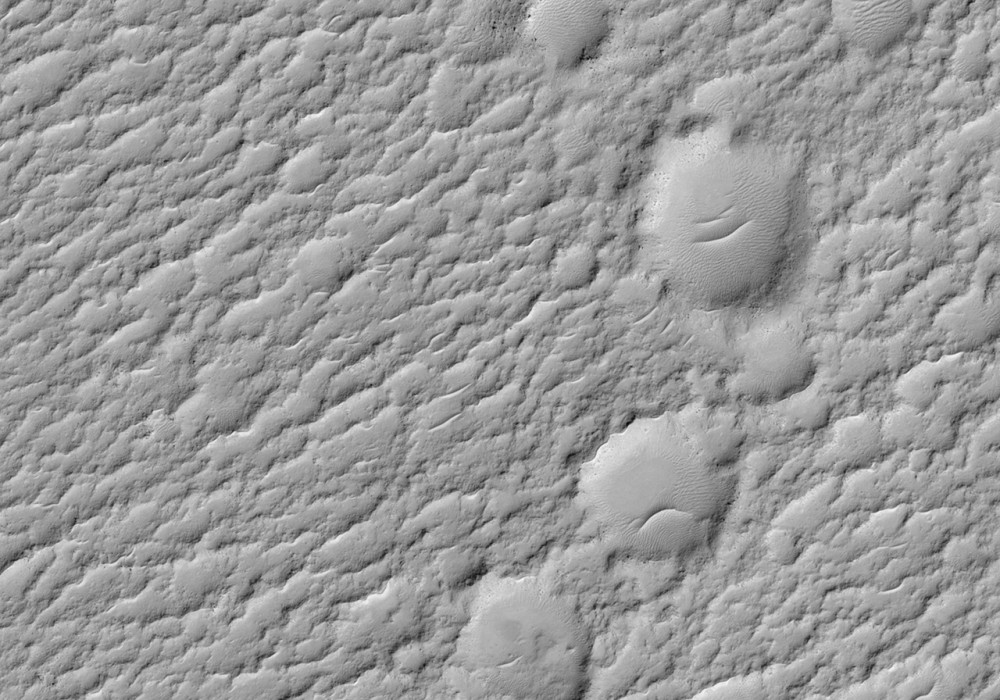