This subimage shows in detail dunes in the floor of Kaiser Crater, a large impact structure located in the Southern Highlands. It is approximately 200 kilometers (125 miles) in diameter and more than 1,000 meters (3,300 feet) deep.

The color subset shows a group of north-south trending longitudinal dunes that become sinuous towards the east. The crests of these dunes can be followed along many hundreds of meters. A second set of smaller longitudinal dunes is also apparent in the image; they are on the order of 70 m (230 feet) long and run approximately perpendicular to the first set. A look at the location shows that all these longitudinal dunes are, themselves, on the lee (upwind) side of a larger dune, almost 1,000 m (1,100 yards) long.

Dunes form when loose sand-sized materials are transported and deposited by a moving fluid, in this case wind. The present atmosphere of Mars is more than 100 times thinner than that of Earth. As a consequence, it is much more difficult for wind to move sand particles on Mars than it is on Earth. The dunes at Kaiser Crater must have formed under winds much stronger than those responsible for building similar dunes on our planet. Alternatively, they may have formed during a time when the Martian atmosphere was thicker. 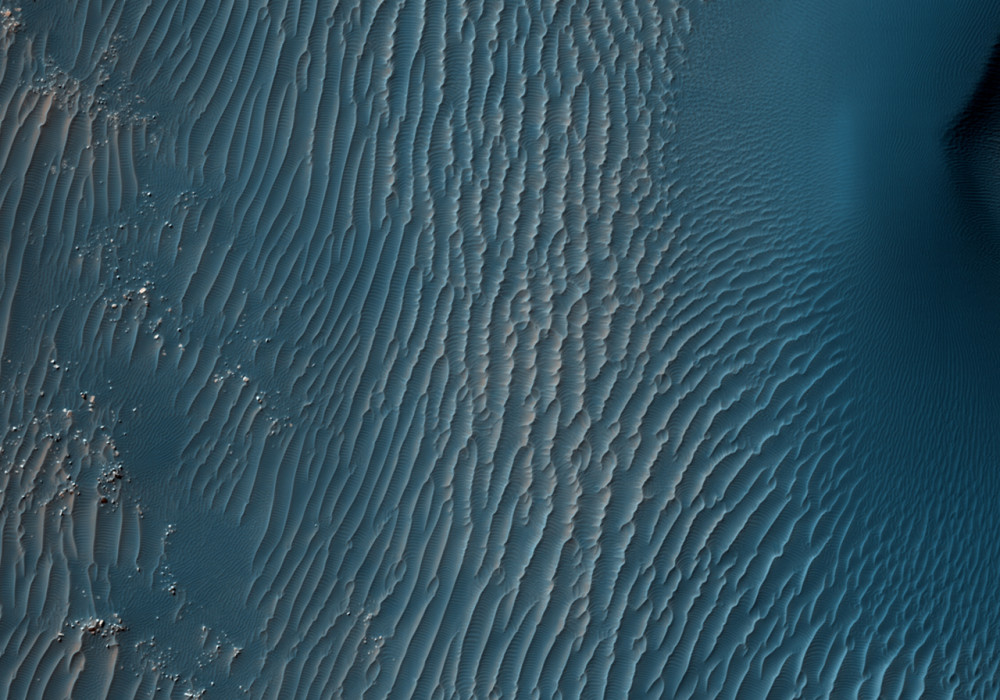