Complex Folded Terrain on the Floor of Hellas Basin

Hellas is the deepest impact basin on Mars and perhaps in the Solar System. It is usually difficult to image the floor of Hellas because of atmospheric hazes, but sometimes it clears, as when this image was acquired.

This image shows some of the most complex deformed terrain on Mars. Initially, flat continuous layers of sediment were probably deposited, perhaps in a sea or from air fall. Subsequently the layers were squeezed and deformed into the strange patterns visible here. The layers appear to have bent and flowed rather than just broken via faulting, perhaps because the sediments were wet or rich in ice.Written by: Alfred   (16 December 2007) 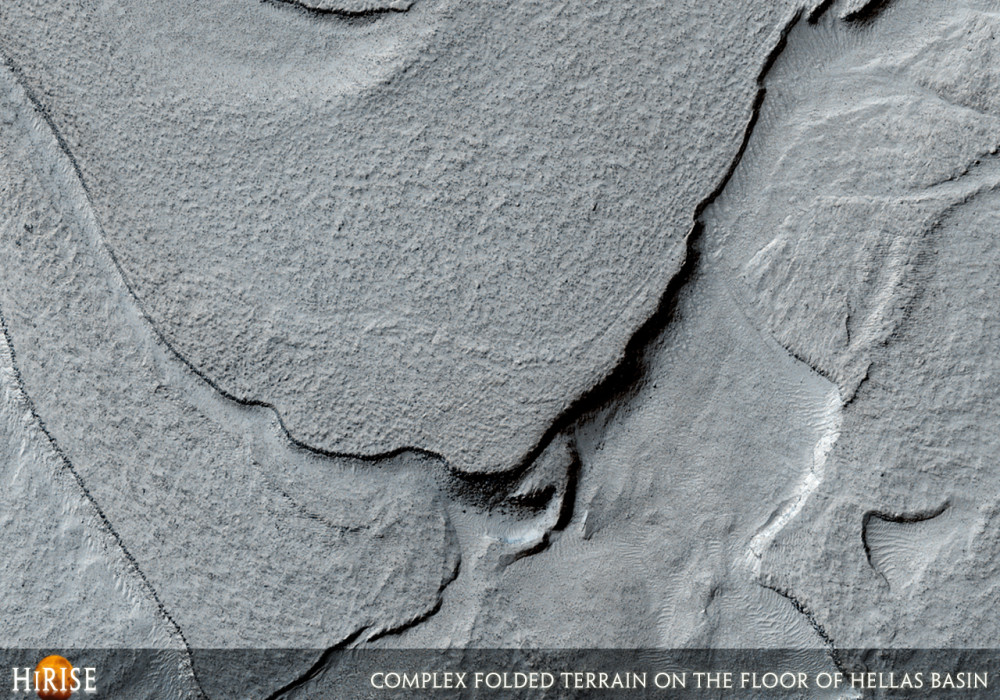