The deposits appear to be composed mostly of water ice, with variations in dust content controlling the erosion of the layers. This image shows that the history of the south polar layered deposits has not been simple accumulation of horizontal layers.

Above and right of center, the layers appear wavy and in places, layers are cut off by other layers (2048 x 1633; 3.2MB). Such structures may be formed by flow or faulting, but in this case they are more likely to be due to erosion of the lower part of the layered deposits before the upper part was laid down over it. For example, deposition may have halted long enough for channels to be eroded into the layered deposits. When deposition resumes, new layers deposited in the channels could form the structures visible here. However, without more precise topographic information than is currently available, other hypotheses cannot be excluded.Written by: Ken Herkenhoff   (29 September 2007) 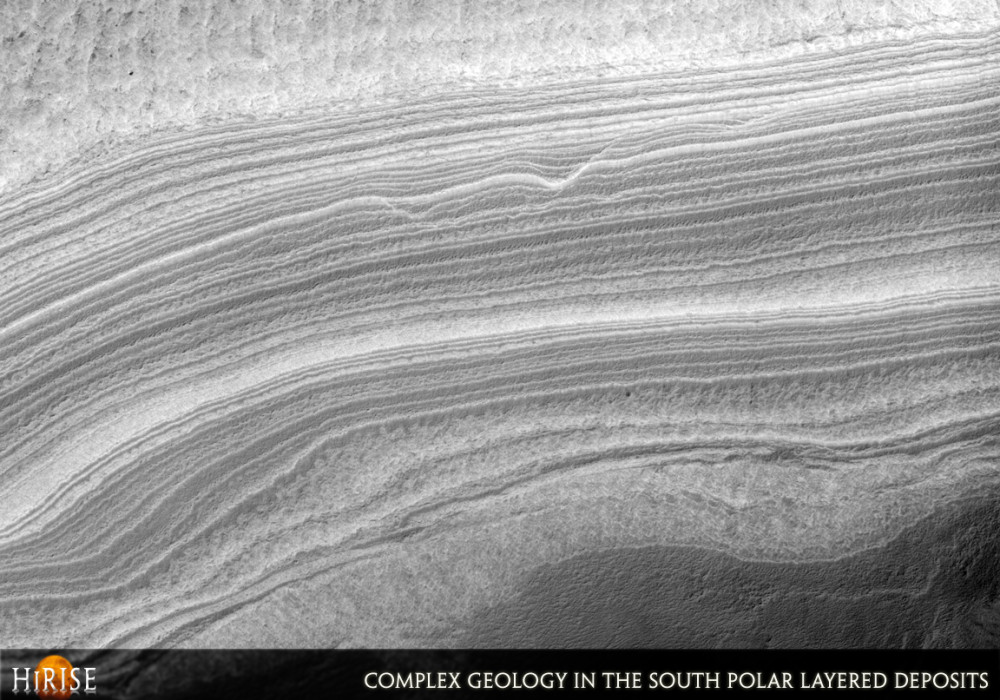