This observation shows part of an unnamed crater located in the Northern plains.

The intriguing landforms in the floor of this crater are known as “concentric crater fill.” Such landforms are found at high latitudes (approximately above 30 degrees from the equator), where theoretical calculations indicate that ice may exist under the surface, mixed with rocks and soil. Examples of concentric crater fill were first observed in the 1970s, in images acquired by cameras on board the Viking orbiters.

The roughly concentric ridges and throughs in the crater’s floor are believed to result from compression caused by viscous flow of a thick mixture of rocks, soils, and ice inward from the crater’s walls.

All these characteristics are consistent with deformation of an ice-rock mixture similar to what’s observed in rock glaciers on Earth. 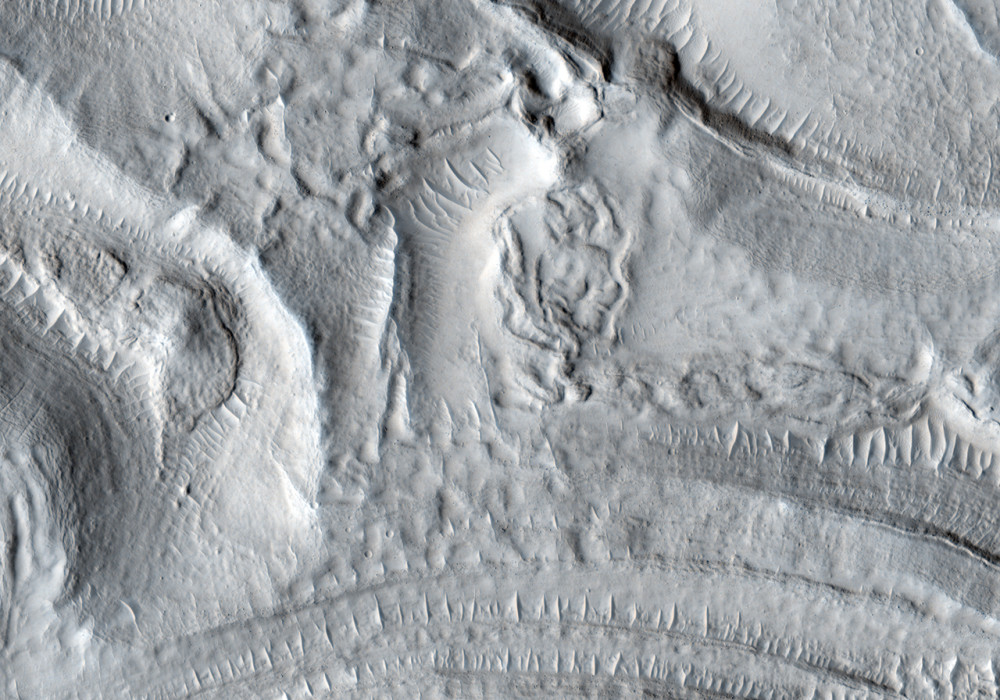