A CTX image shows topographic cones in local depressions here. What are these and how did they form?

This image reveals “rootless cones,” which form on lava flows that interact with subsurface water. They are in depressions because subsequent lava flowed around the base of the cones, then “inflated.” Lava inflation is a process where liquid is injected beneath the solid (thickening) crust and raises the whole surface, often raising it higher than the topography that controlled the initial lava emplacement.

This scene is in Amazonis Planitia, a vast region covered by flood lava. The surface is coated by a thin layer of reddish dust, which avalanches down steep slopes to make dark streaks. 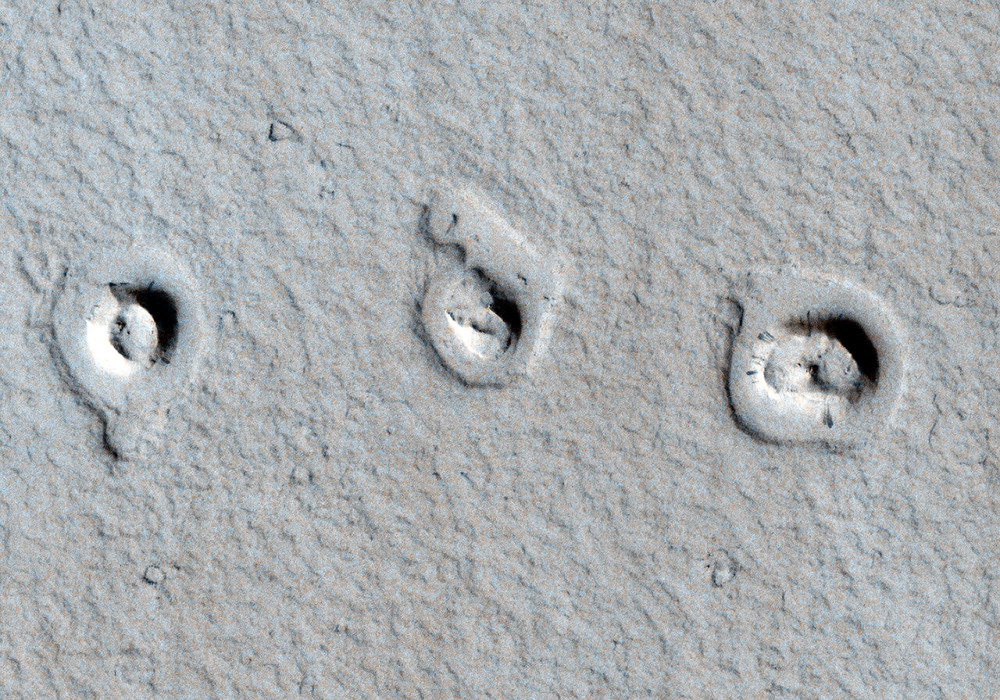