Cones and Ridges in Utopia Planitia

This image shows cratered cones in Utopia Planitia. Cones with summit craters join together in places to form ridges up to several kilometers long, with troughs running along the summit. In many of these cases it is evident that the ridge systems formed by merging of multiple cones, since the arcs of individual cones can be distinguished.

These features are probably formed by eruption of subsurface material-mud or lava. Lava can form cinder or spatter cones, and eruptions from localized sources along a fissure could produce the ridges. The absence of obvious lava flows near the cones may argue against this mechanism, but ascending lava could have interacted with subsurface water or ice, leading to a more explosive eruption. An alternative is eruptions of pressurized mud from depth (mud volcanism), a process which occurs in certain environments on Earth.

This observation has a few minor gaps where transmission errors caused data to be lost. These appear as narrow black bars.
Written by: Colin Dundas   (24 November 2010) 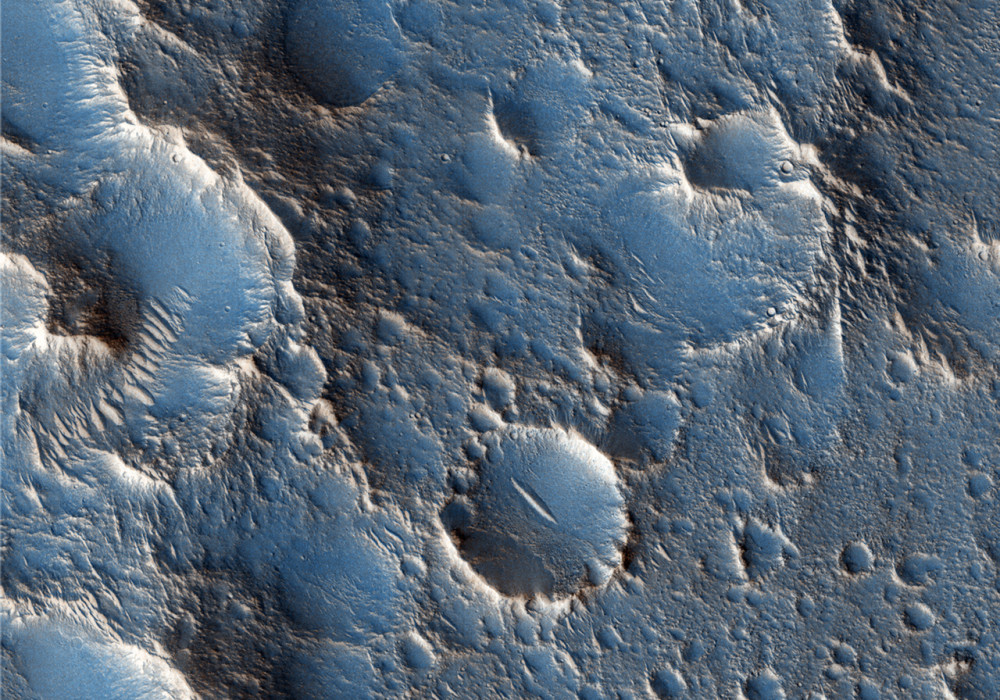