Cones Formed by Hot Lava Running over Water or Ice

These cones are similar in size and shape to cones found in Iceland where hot lava has run over wet ground.

The heat from the lava boils the water which bursts through the lava flow. These steam-driven exploding bubbles of lava throw chunks of molten and solid lava into the air.

A long series of such explosions is needed to build up one of the large cones. The cones appear in chains because the surface of the lava flow was moving while the series of explosions were taking place. This is sort of like a miniature version of how the Hawaiian Island chain forms. The hot spot under Hawaii is fixed but the Earth’s crust slides past it. 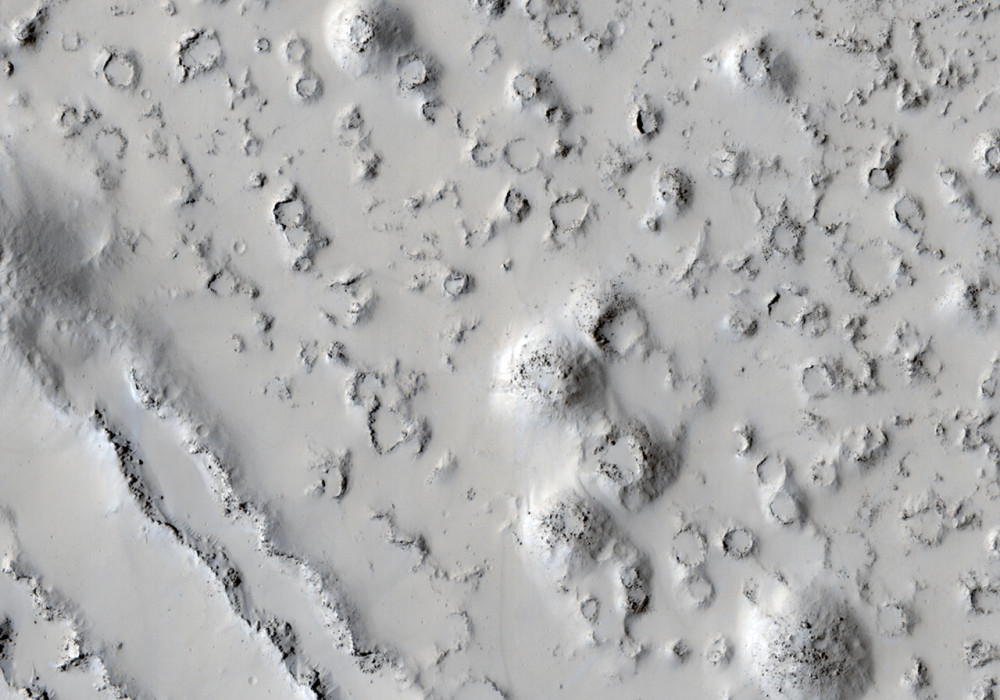