Confluence of Valley and Crater

This image shows the southeast rim of a large degraded crater where a valley breaches the crater rim. The valley itself, no longer pristine, is difficult to locate in the image.

However, it appears to be in the center near the right of the crater rim. It is possible that this valley transported water into the crater forming a lake in the ancient past.

The scene is peppered with craters of various sizes and states of degradation, indicating that the surface is not young. A few craters are young enough to still have raised rims. One of these, located on the floor of the larger crater, has distinct raised ejecta radiating out from it.

The crater also has dunes on its floor, indicating that aeolian (wind) processes have modified it since it formed. 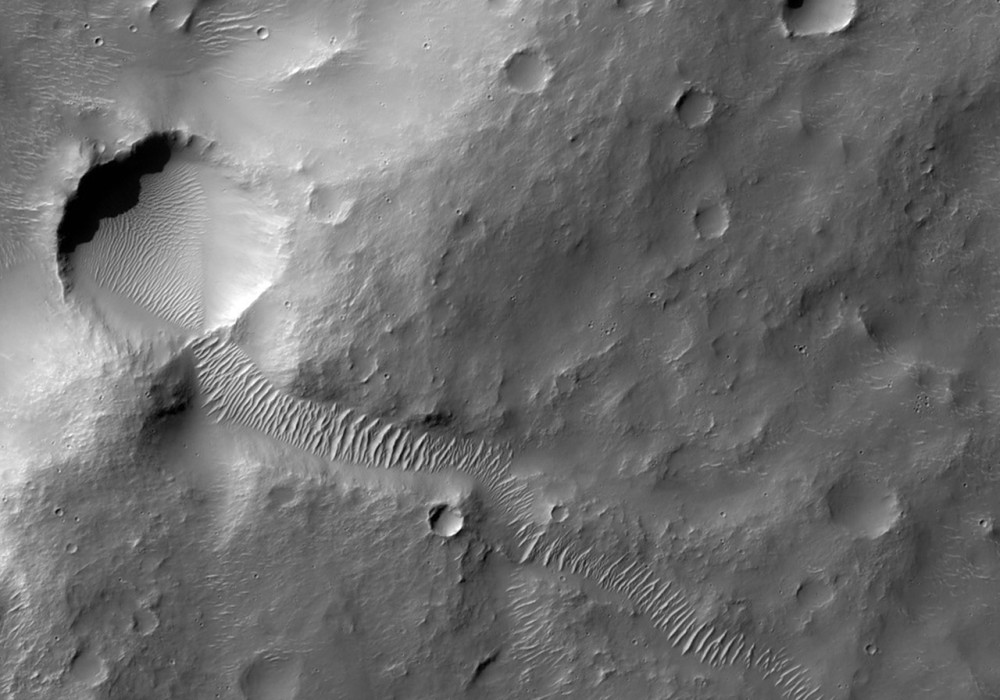