This image shows a remarkable double crater with a shared rim and North-South trending ejecta deposits. These two craters must have formed simultaneously.

The bolide may have consisted of two objects of the same mass that were loosely connected, perhaps similar to comet 103P/Hartley 2, which the Deep Impact spacecraft (EPOXI mission) encountered on 4 November 2010 (see here ). Many more asteroids than comets impact Mars, but asteroids also come in double shapes, like asteroid Itokawa explored by the . The bolide must have separated into two distinct pieces prior to impact in order for two craters to be recognizable.
Written by: Alfred McEwen   (9 February 2011) 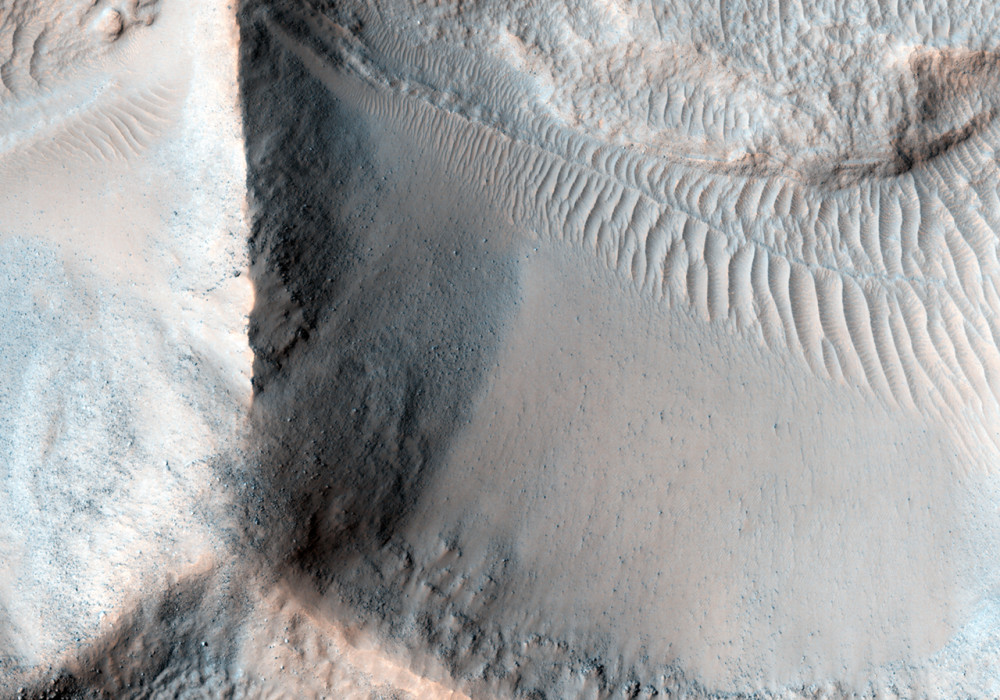