This north polar dune field is bounded by a small unnamed crater about 11 kilometers in diameter in the Vastitas Borealis region. This crater captured deposits of basaltic sand that may have been transported from the North Polar Erg, a massive sea of sand that surrounds the Martian northern pole.

This region experiences a variety of winds that blow from various directions during different seasons and times of day, and the winds are also affected by the topography of the crater itself. This influences the movement of sand within the crater and the dunes that they shape.

Because it is early summer, solar radiation has heated the sand and there are only a few small patches of frost remaining on the dunes at this season. However, evidence of the arctic climate is visible in the polygons surrounding the dune field. The polygons, like those found at the Phoenix Mission landing site, are produced by freeze-thaw cycles as the polar soil expands and contracts. 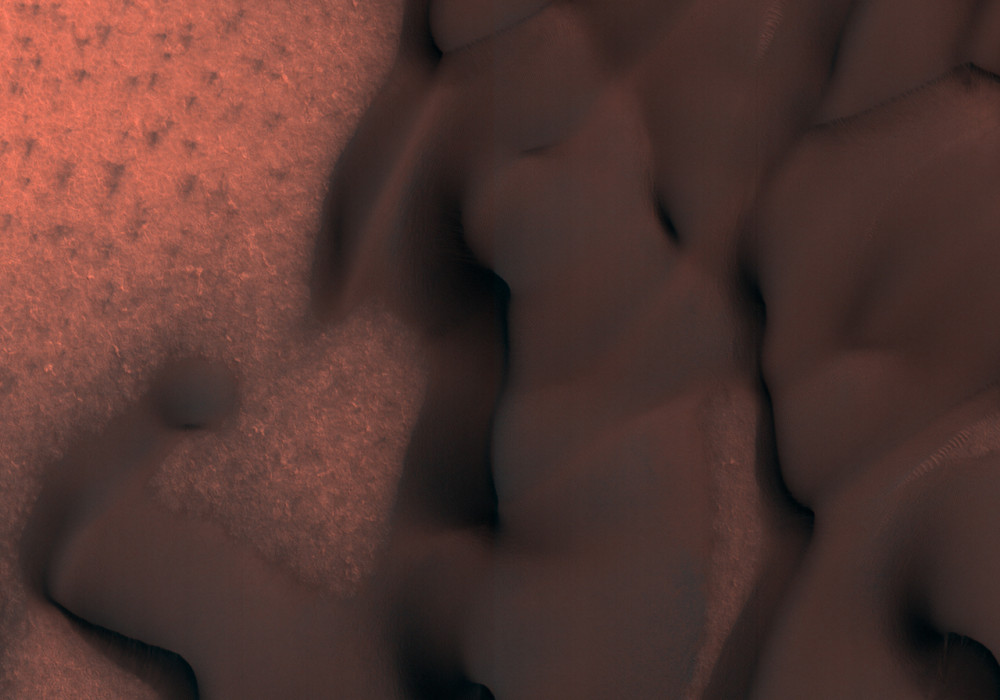