This observation shows a central peak of a large, degraded impact crater in the Terra Sirenum region of the Southern hemisphere. Central peaks form during crater formation when a particularly large impactor hits the surface.

What is most interesting is the chain of pits that extends down the center of some of the troughs as seen in the subimage. It is possible that these pits are evidence of subsurface piping or hydrothermal activity. Piping occurs when subsurface water flows through soil, takes some soil with it, and causes the overlying ground to collapse. These fluvial-like features and the connected pits may have formed during a late stage of crater formation when temperatures were suitable for liquid water.
Written by: Kelly Kolb   (10 November 2010) 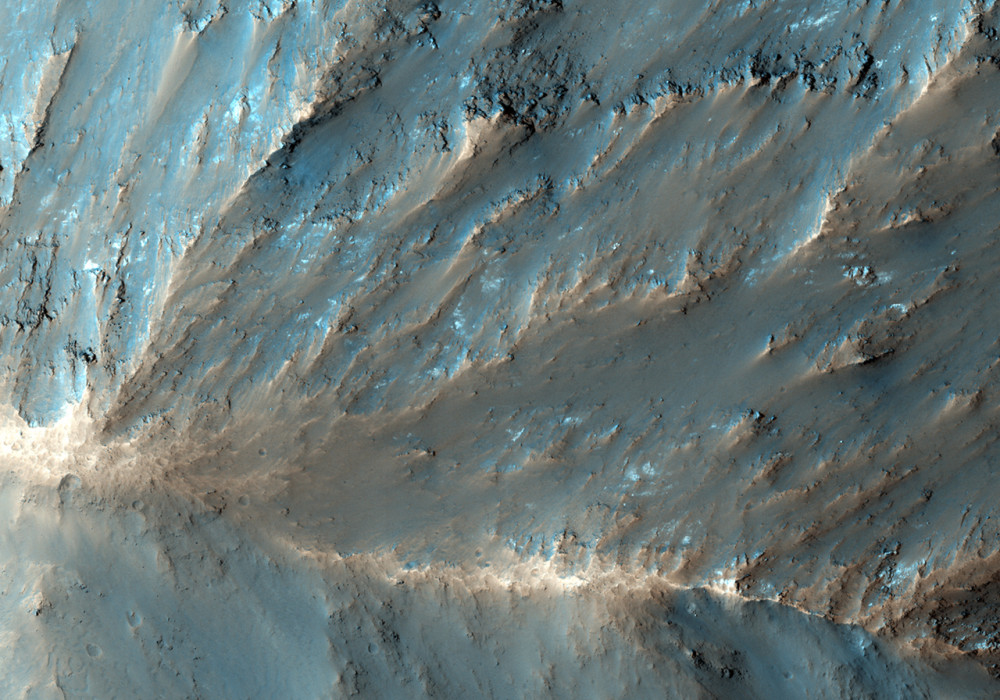