This image shows a cluster of impact craters in Chryse Planitia, near the outlet of one of Mars giant outflow channels.

The craters are loosely aligned in a chain running from northwest to southeast. Clusters like this form when an asteroid or comet impacts the surface and forms a large crater; material thrown out of that crater often forms streaks or rays containing many small craters from the impact of ejected blocks. These secondary craters are sometimes more irregularly shaped since they are typically less energetic impacts; many of the craters in this image are not quite circular.

An interesting feature to note is the dark material in many of the larger craters. What accounts for this? The largest craters trap wind-blown sand most effectively, but many of the smaller, shallower craters also contain ripples suggesting that they also trap sand or dust.

An alternative possibility is that these craters have excavated to a deeper layer of different material. A combination of these processes is also possible, since smaller craters may be more easily buried. 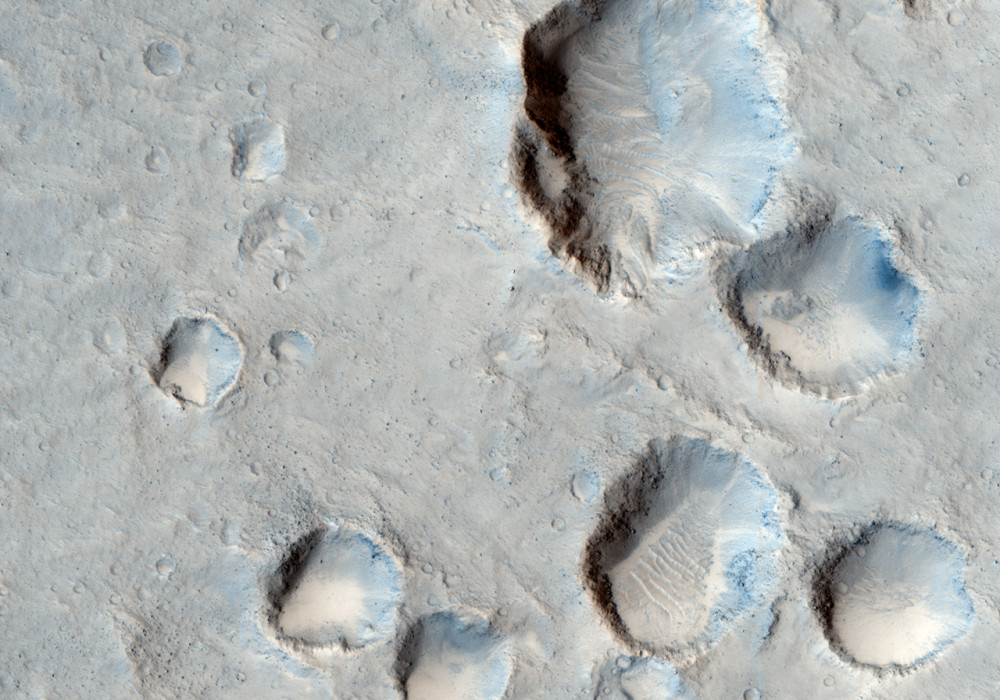