This crater has a number of terraces, large portions of material that slumped off the crater wall probably during the late stages of formation. The floor itself is covered with material that likely was transported there during this time period. Around the mounds, the floor has a texture that is suggestive of flow; for example, there are places where the floor appears to lap up against some of the mounds.

In addition to the interesting crater floor mounds and texture, there are also dunes on the crater floor and streaks of unknown origin visible around the crater wall.Written by: Kelly Kolb   (11 April 2008) 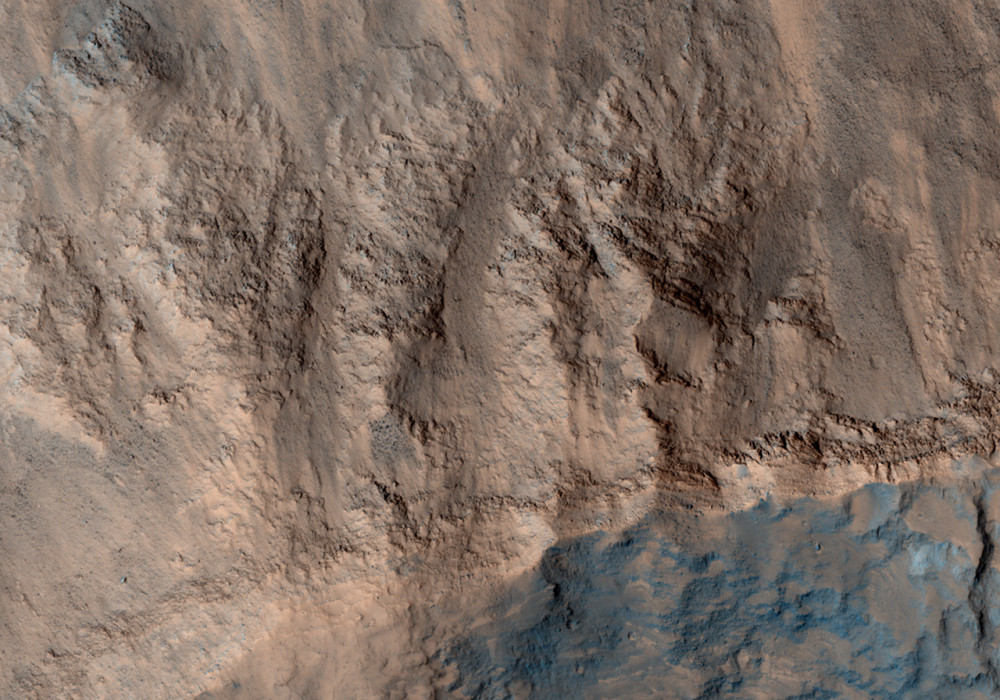