This image of a crater in the Utopian region can be described as what happens when heat produced from an impact comes into contact with Mars icy surface.

Since the surface temperature of Mars is well below the freezing point of water, Marsâ soil is a mixture of soil and permafrost. When this impact occurred, a great deal of energy in the form of heat was released onto the surface, creating a melted feature in the bright icy soil. This melting and then refreezing of the ice (as the impact cooled) caused what is known as a periglacial formation. This is depicted towards the middle of the image where the ejecta blanket lays.

This is likely a geologically newer surface since the only impacts disrupting the image are a few small craters that are mostly towards the bottom left-hand side of the full image. The fact the ejecta blanket is still intact and not fully collapsed supports the idea that is it a newer surface feature as it has not been affected by erosional processes. 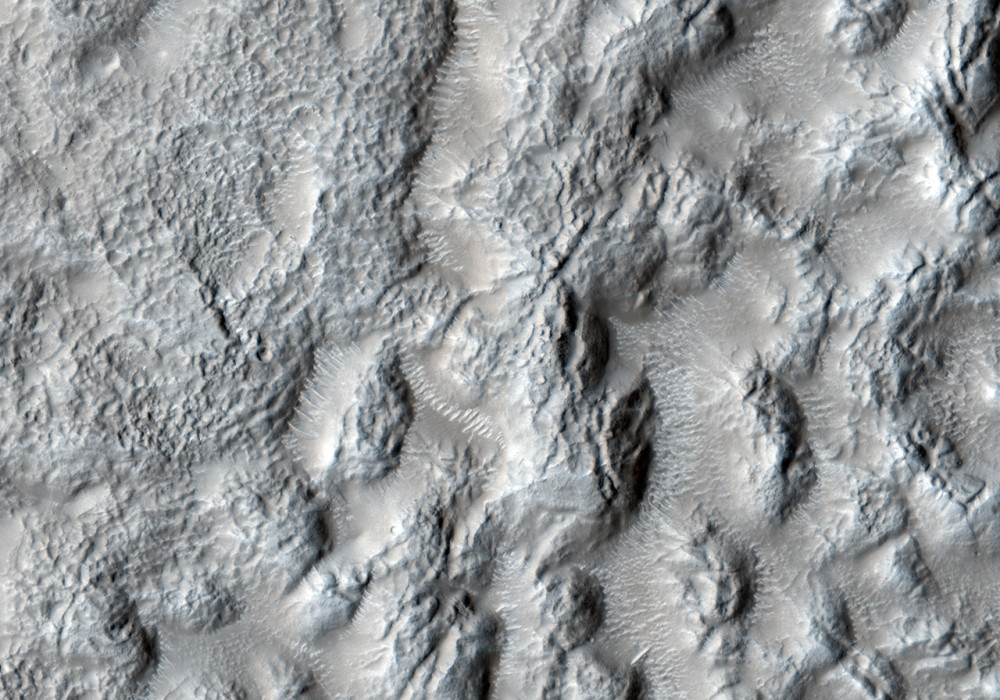