This image shows a fan of material deposited on the floor of a large impact crater.

The material was transported into the crater through a valley, likely by running water. The end of the valley is visible in the west (left) part of the image. Arcuate steps visible in the east are probably due to layers of different strength or cohesion; these suggest variations in the flow conditions.

A faint trough is carved into the upper surface of the fan. This could have been cut by the last water to flow across the surface. If the channel was flowing into a lake, this might indicate a drop in lake level, leading to erosion.

The surface of the fan has many small dark spots, particularly on the upper tier. The largest spots, most commonly around impact craters, are big enough to show that these are boulders. If these boulders are original and not due to the hardening of fan sediments into rock, it suggests that the flows which deposited the fan were relatively energetic events able to carry rocks across several feet.Written by: Colin Dundas   (30 June 2008) 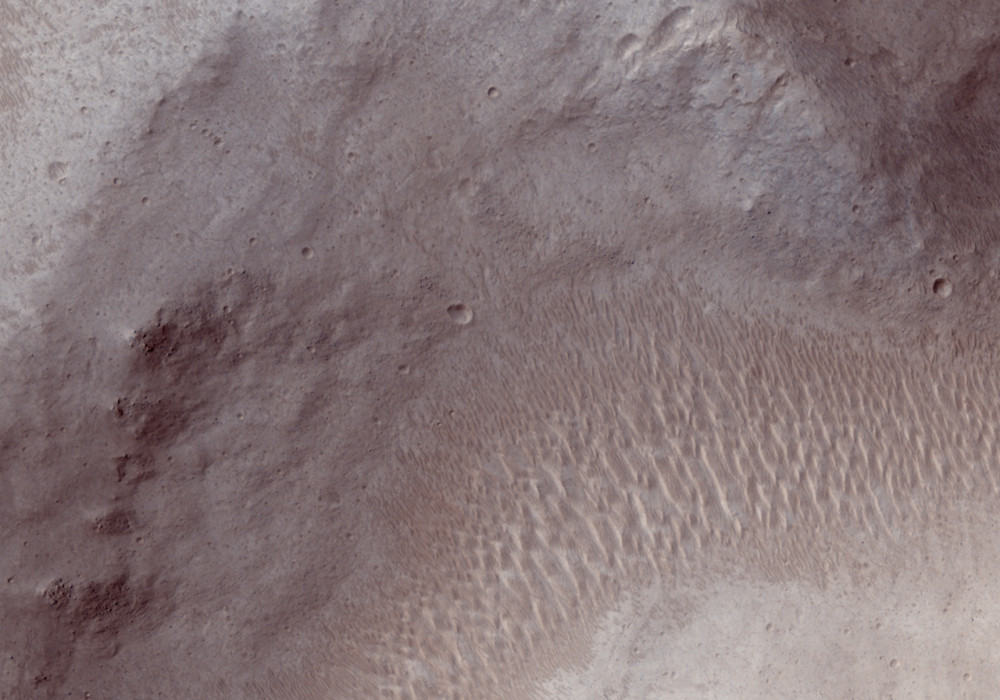