This image shows a fan of sediment on the floor of a large impact crater on Mars. The fan sits at the mouth of a small valley just to the south of the image.

The valley was likely carved by groundwater “sapping” (eroding the channel upstream by undermining the slope), and deposited this fan of material when it reached the broad crater floor. This might have formed a temporary lake within the crater, depending on the rates of transport and loss of water.

Several coarse stair-steps in the fan may correspond to layers, and form arcs around the mouth of the valley. There is little indication of smaller-scale layers such as those observed in some other fan deposits on Mars, likely indicating that this fan was deposited under different conditions or the layers are not well exposed.

The current surface has many light-toned patches, circular or irregular in shape. In some cases these appear to be shallow pits, but many appear level with their surroundings. The most likely explanation for these is that they are old impact craters, mostly eroded and filled with dust. Marks like this might also be boulders in a debris-flow deposit that later turned to rock and eroded—a similar effect is observed in some megabreccia elsewhere on Mars. However, the large size of some of the patches (as much as 25 meters) would require very large boulders, making this unlikely. 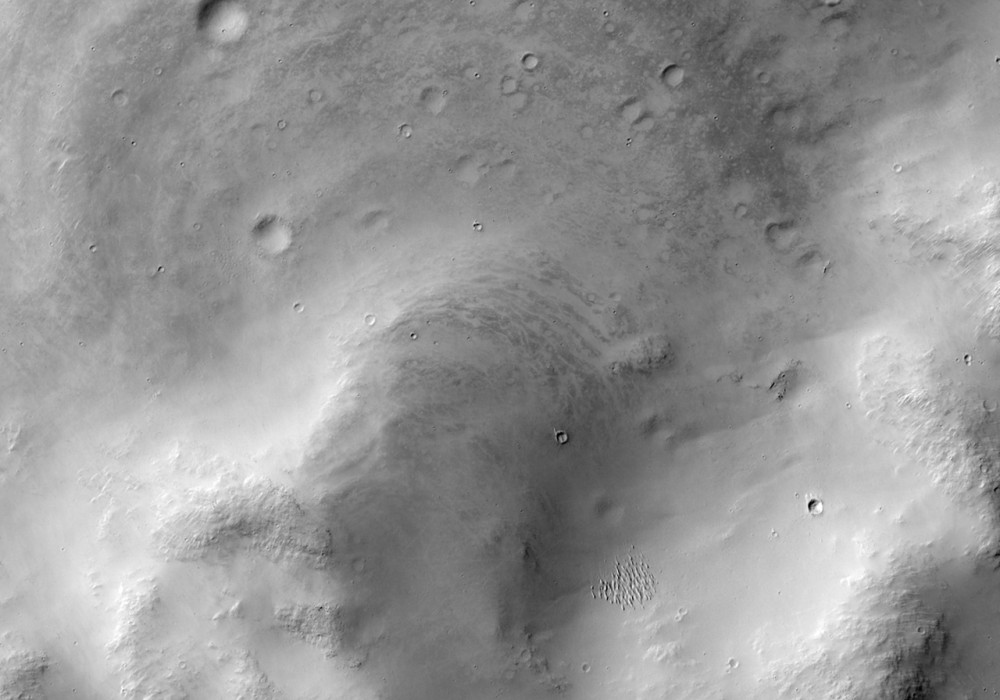