This observation shows a northwestern portion of the floor of a crater in the Arabia Terra region of Mars.

In the subimage , several light-toned layered outcrops are visible, surrounded by dunes of varying sizes. The outcrops exhibit multiple alternating light and dark layers with extensive fracturing and small fault offsets. The outcrops represent the eroded remains of sedimentary rocks that formed from sediments once deposited within the crater. Possible origins for the sediments include windblown debris, volcanic ash falling from the sky, or sediments that accumulated in a lake on the crater floor.

The dark filamentary streaks in the right half of the full image were most likely created by the disruption and/or removal of thin surface coatings of dust by the passage of a dust devil. Streak patterns such as these have been found to change over periods of several months to an Earth year, suggesting that the ones seen here probably formed relatively recently. 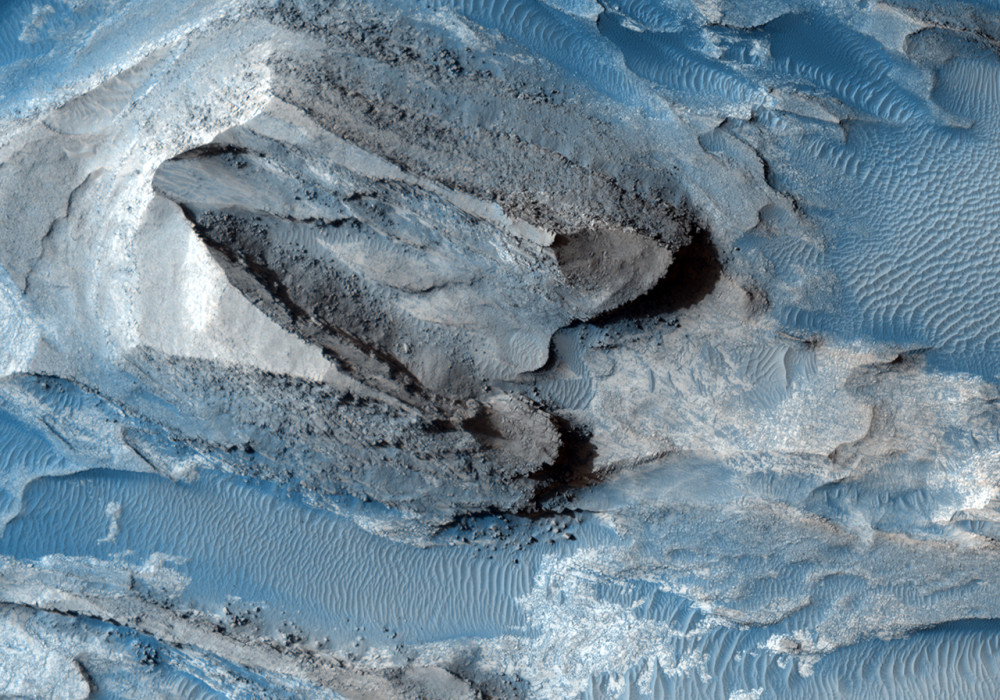