Wrinkle ridges are topographic structures produced by subsurface faulting; they are commonly found on both the Moon and Mars.

This image shows a site where a wrinkle ridge intersects a crater; the ridge is a large feature and extends well outside this observation. The spur just inside the crater rim is roughly in line with the wrinkle ridge structure, and probably represents enhanced crater collapse along the fault line.

An alternative possibility is that this spur was created by movement of the wrinkle ridge fault after the crater formed, but this is unlikely because the outer rim of the crater is not cut. Observations like this help constrain the relative timing of events on Mars. 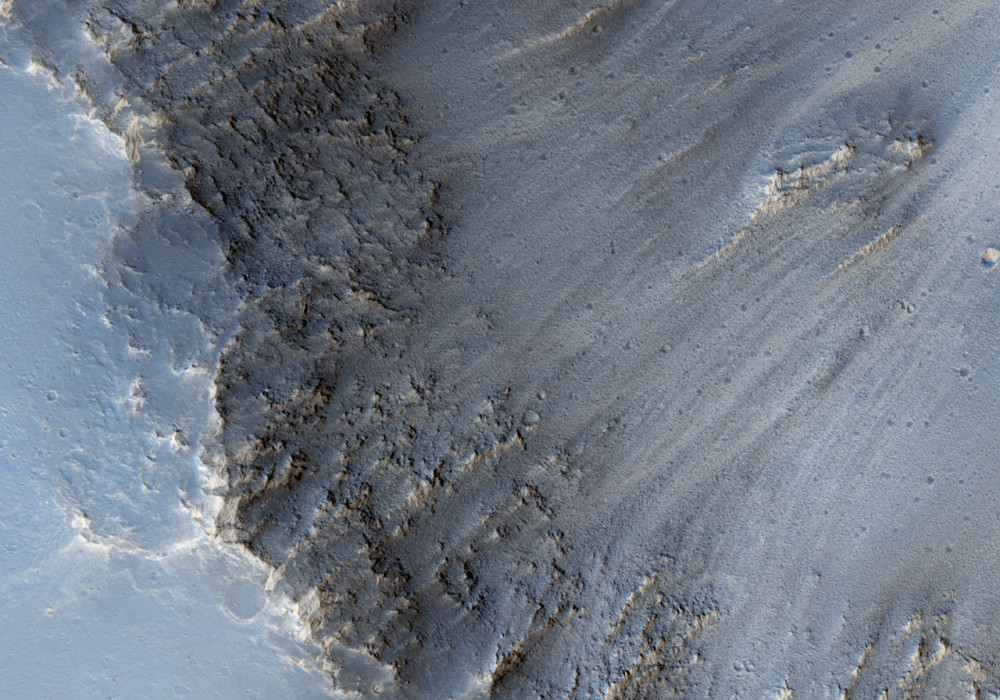