This image captures an impact crater on the surface of Amphitrites Patera, an ancient volcano on the southern margin of the giant Hellas Basin. The Hellas Basin was formed by a very large impact into the southern highlands early in the geologic history of Mars. The basin has a number of volcanoes along its margin, perhaps because magma could take advantage of the deep cracks in the crust that resulted from the impact.

Amphitrites Patera is far enough south to approach the Martian “antarctic” and there is evidence for large amounts of ice in the ground. As in the polar regions of Earth, the icy ground (permafrost) is able to move and be modified by a variety of processes. In this case, the rim of the small impact crater is filled with a honeycomb of cracks. These are likely to have formed where dust- and soil-covered ice or ice cemented soil was cracked by thermal contraction in the winter. Subsequently, the underlying ice was able to escape into the atmosphere (sublimate) allowing the ground along the cracks to collapse. The only place where large boulders are visible is along the rim of the crater; this is probably where the boulders were not so deeply buried by the icy layer.

The Martian atmosphere was dusty at the time this image was acquired, so small imperfections in the processing are very visible in the standard image products. The cutout was specially processed to remove these artifacts.Written by: Laszlo P. Keszthelyi   (25 November 2007) 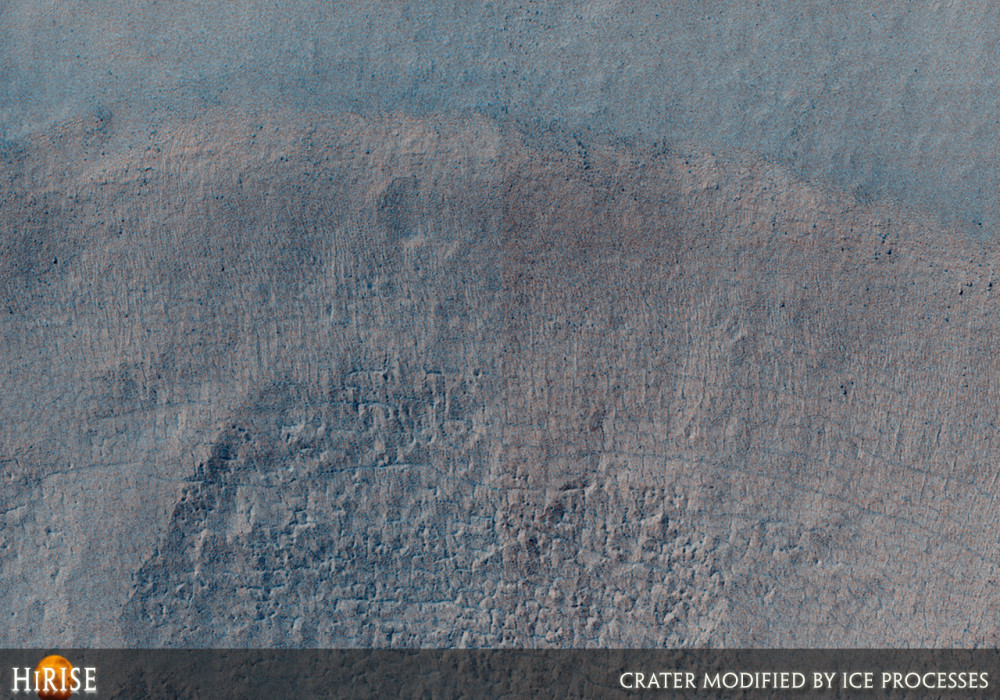