This image of the south polar layered deposits (SPLD) shows some of the layers cut off against other layers below and right of center. Geologists call this an angular unconformity because the layers do not conform to each other across this boundary.

In this case, the angular unconformity was probably caused by erosion of the SPLD followed by deposition of new SPLD on top of the eroded surface, but faulting could also have caused the observed unconformity. Near the unconformity is an impact crater, one of dozens found on the SPLD. The presence of these craters implies that the surface of the SPLD has been relatively stable (i.e., little erosion or deposition) in the past few million years. This is in stark contrast to the north polar layered deposits, on which craters are very rare, implying very recent erosion/deposition.Written by: Ken Herkenhoff   (4 January 2008) 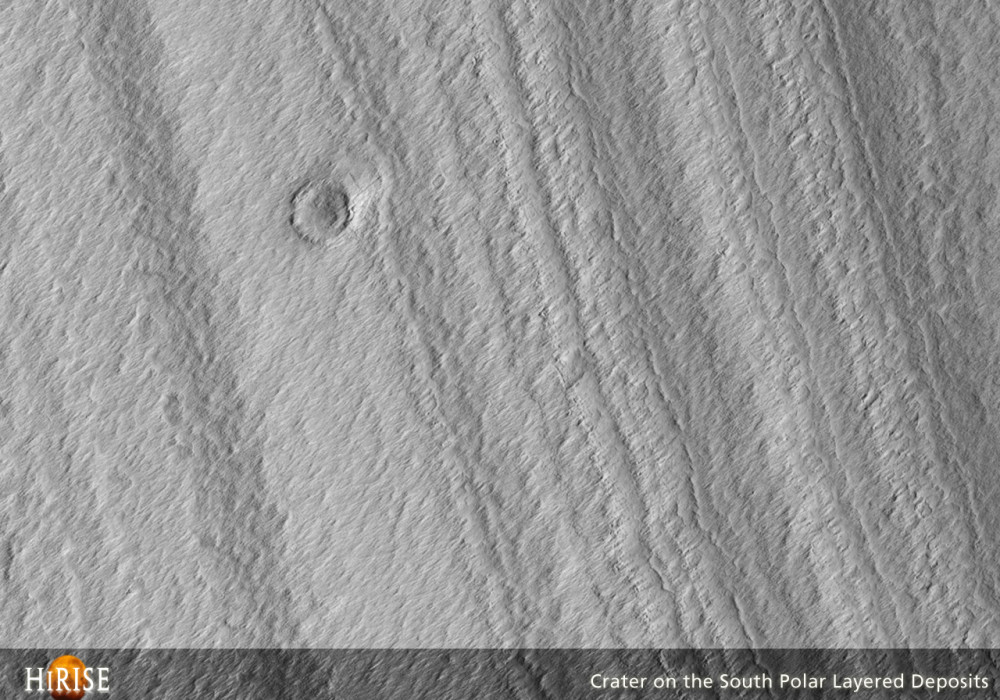