The terrain in this image is located in Amphitrites Patera, southwest of Hellas Basin. This area constitutes the interior of an ancient impact crater that was filled by a layer of smooth material, possibly composed of ash and dust, mixed with interstitial ice (ice filling spaces between dust and ash grains).

The curved ridge toward the top of the image is a remnant of the crater rim that was exhumed by erosion of the filling material. The morphology (appearance and shape) of the small, scalloped depressions, which we observe within the smooth material, suggests that the erosion process was sublimation (the process of a material going directly from a solid state to a gaseous state).

Scalloped depressions are a typical feature of the mid-latitudes of Mars between 40 and 60 degrees latitude. They usually have a steep
pole-facing scarp (cliff), displaying series of small pits and fractures and a gentler, smoother, equator-facing slope. This asymmetry is most likely due to differences in solar heating. The large scalloped depressions appear to have formed from the coalescing of multiple, smaller scalloped depressions. Their formation may be an ongoing process, although no definitive evidence has been uncovered so far.
Written by: Alexandra Lefort   (13 December 2007) 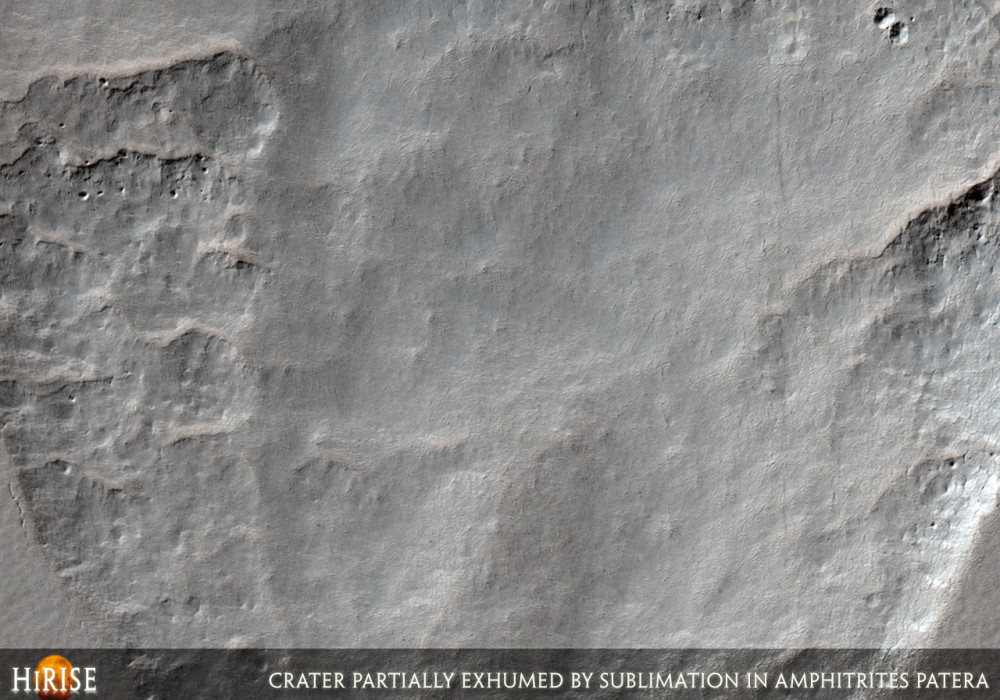