On Earth, geologists can dig holes and pull up core samples to find out what lies beneath the surface. On Mars, geologists cannot dig holes very easily themselves, but a process has been occurring for billions of years that has been digging holes for them: impact cratering.

Impact craters form when an asteroid, meteoroid, or comet crashes into a planetâs surface, causing an explosion. The energy of the explosion, and the resulting size of the impact crater, depends on the size and density of the impactor, as well as the properties of the surface it hits. In general, the larger and denser the impactor, the larger the crater it will form.

The impact crater in this image is a little less than 3 kilometers in diameter. The impact revealed layers when it excavated the Martian surface . Layers can form in a variety of different ways. Multiple lava flows in one area can form stacked sequences, as can deposits from rivers or lakes. Understanding the geology around impact craters and searching for mineralogical data within their layers can help scientists on Earth better understand what the walls of impact craters on Mars expose.

(Note: North is approximately down in the cutout and above image). 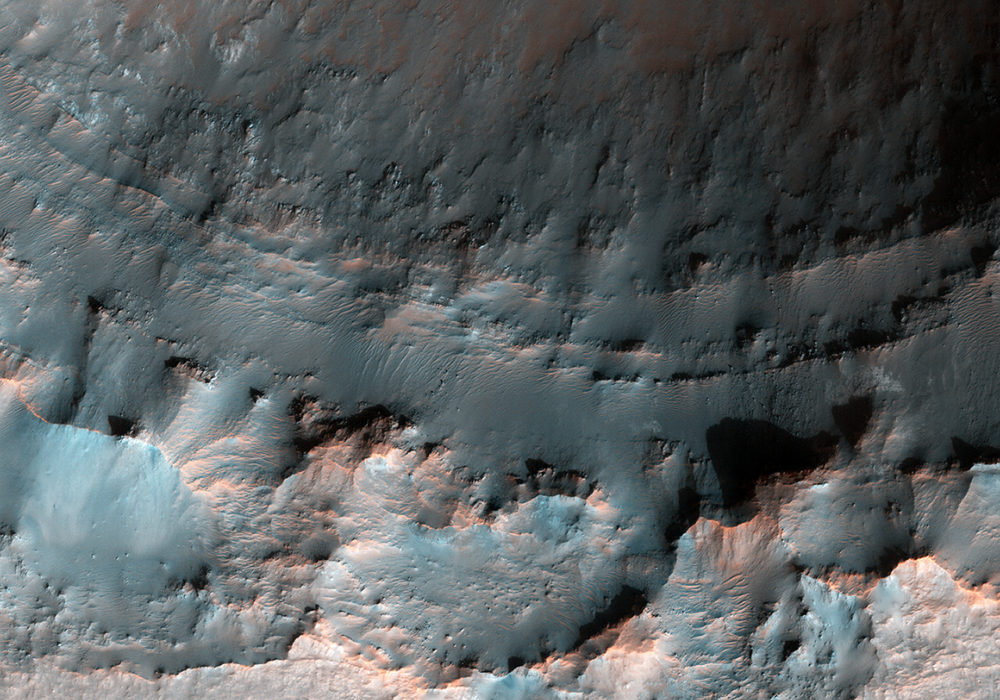