Crater with Gullies on a Central Structure

The 40-kilometer diameter unnamed crater (49 degrees North, 21 degrees East) in this image is located west of Lyot Crater and north of Deuteronilus Mensae in the Northern Plains of Mars.

As seen in the subimage , gully systems in the central structure have eroded underlying layers (undercutting) that are less resistant to erosion than the surface rock of the central structure. Previous channelized water flows likely transported the eroded sediments toward the southeast and deposited them forming the expansive debris aprons.

The formation of channels on the debris aprons supports the hypothesis that these sediments were transported down the gullies and then deposited onto the aprons by flowing water. In the larger, northernmost system, sediments have partially filled in the channel segments and winds have remobilized these sediments forming the dunes that line the gullies. 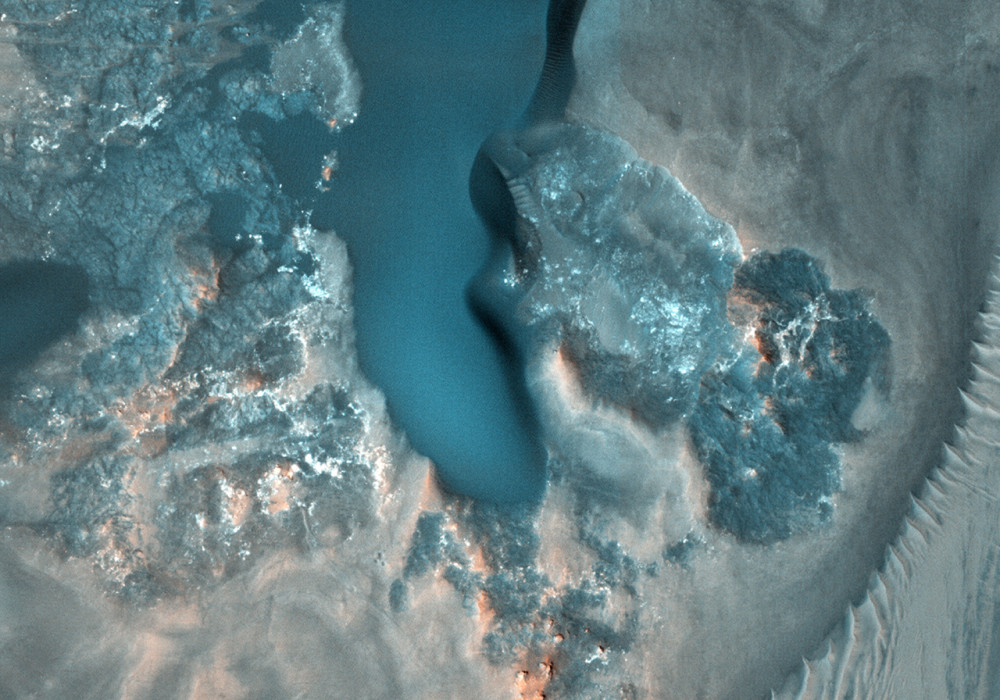