This image shows a crater with a wind streak in the southwest Tharsis region.

The crater is a relatively pristine one that has not experienced extensive modification as seen by the existence of its steep slopes and raised rims. However, it has gone through some changes, such as the small crater on its south rim and the dunes on its floor.

The wind streak to the left of the crater indicates that the wind was coming from the northeast/east direction(the right of the image) when this crater formed. The wind caused the craters ejecta to be deposited in the downwind direction. The crater in the middle of the wind streak ( see subimage, approximately 350 meters across), existed before the crater with the wind streak formed. There is a thin veneer of the larger craters ejecta on top of the smaller crater; also, there are ejecta blocks from the large craters impact visible on top of the smaller crater.

It is unknown what makes the wind streak two-toned with a darker halo surrounding the brighter interior. It is possible that the particles in the wind streak have different average sizes and that light scattering makes one set of particles appear brighter.Written by: Kelly Kolb   (4 November 2007) 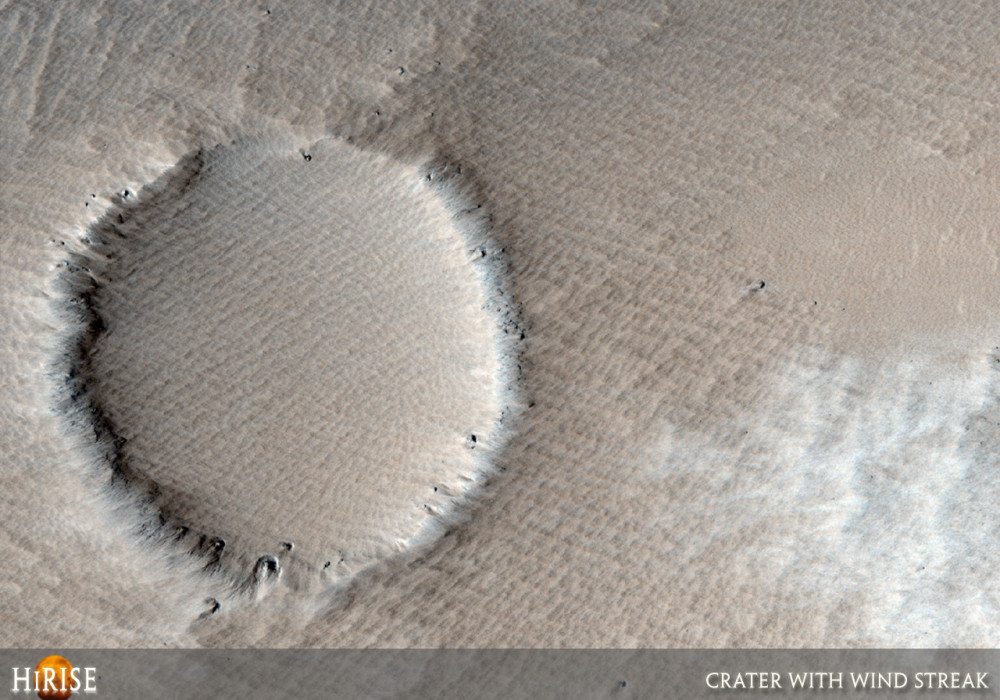