This image shows part of a broad plain covered with cratered cones and domes in the Northern lowlands of Mars.

These cones are typically lighter and smoother than their surroundings, and also have different colors. One possible explanation for these features is that they formed as mud volcanoes. In a mud volcano, wet mud is pressurized and then erupts onto the surface. This can take a variety of forms, depending on how wet and fluid the mud is. On Mars, such processes might be related to the giant outflow flood channels, which deposited sediment on the plains. 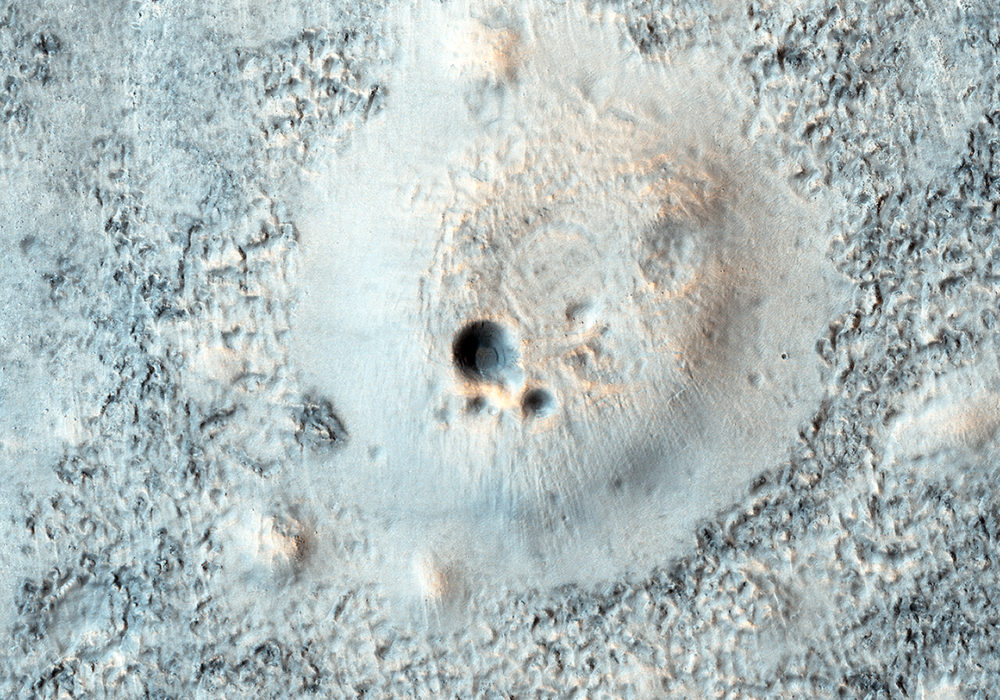