This scene shows a portion of Grojta Valles, a system of channels carved into the equatorial lava plains of Mars.

The floor here includes numerous streamlined landforms. The nature of the flow though the valleys (volcanic or fluvial) is debated, but at this locality the flow unit hosts a series of small cratered cones. These cones are interpreted to be the product of explosive lava-water interactions, indicating that the region is covered by lava.

Moreover, the delicate nature of the cratered cones argues against the passage of subsequent floods across this surface because the small landforms would have been eroded. 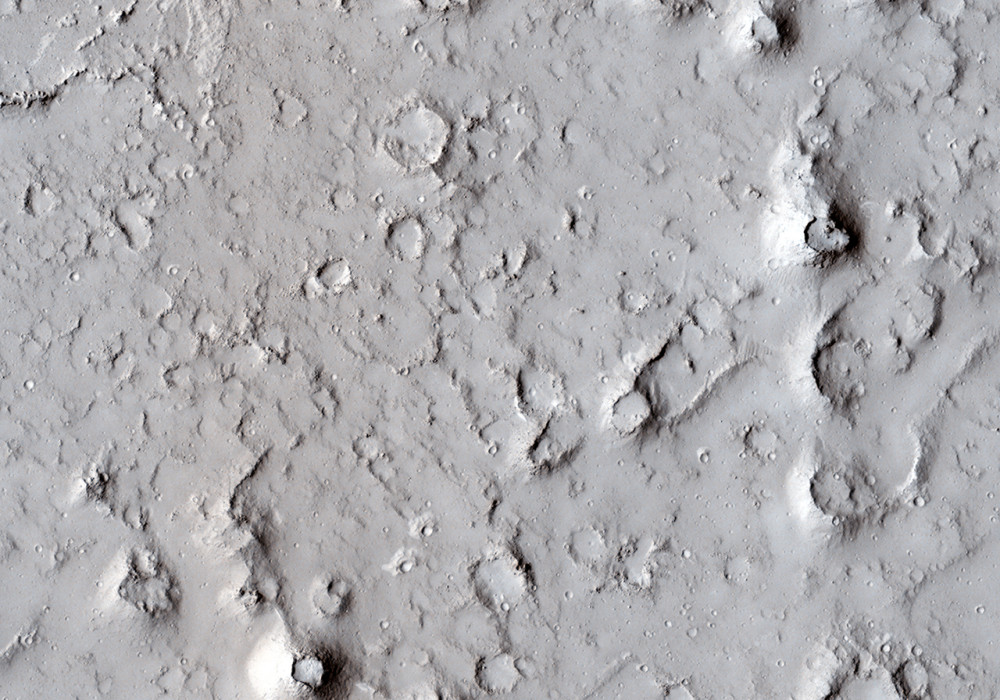