This image shows part of a broad field of cratered cones in the Isidis Planitia region of Mars. The cones occur over a wide area and are commonly aligned in chains, like those here.

The cratered-cone morphology suggests formation by eruption of some material. The cones resemble small volcanoes on Earth called cinder cones, and are approximately the same size. Another possibility is that these are mud volcanoes, formed by eruption of wet, pressurized mud. This has been suggested as an important process in some parts of Mars. The aligned chains probably indicate sites of weakness, perhaps faults, where lava or mud could preferentially rise.

The scene is relatively bland in color, but this could be due to a thin coating of dust veiling color differences. The cones are clearly not very young or pristine; they have a battered, pitted appearance. However, they have not been heavily eroded, as features like the cone rims are still sharp in most cases. This state is typical of the cones in Isidis region. 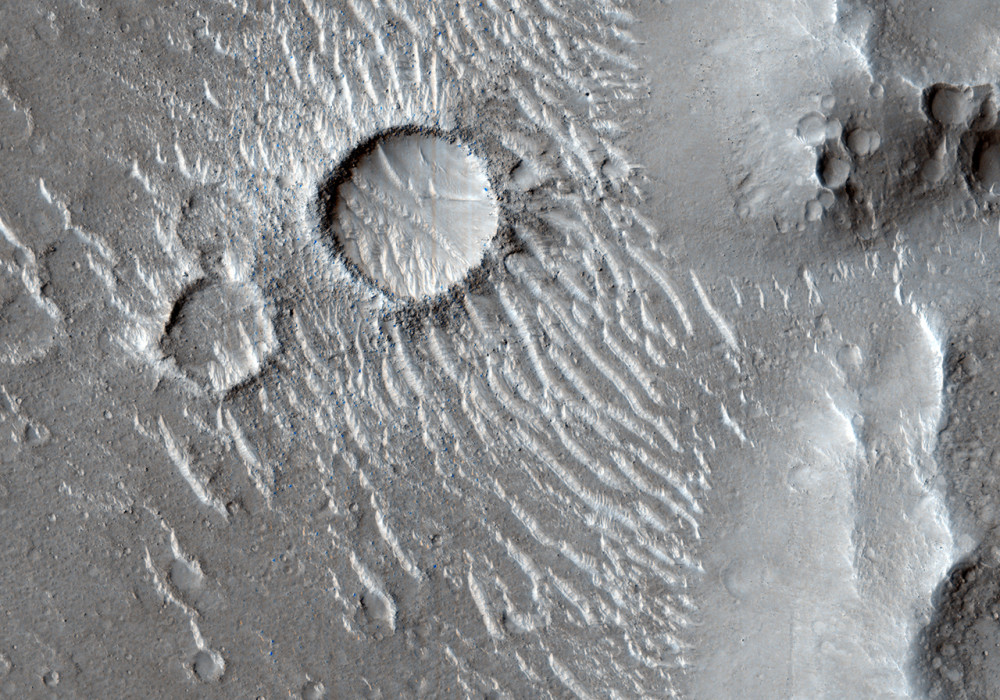