Cratered Cones in the Cydonia Region

This observation focuses on an unusually high density of cratered cones, imaged previously by the Mars Orbiter Camera. These cones could possibly be mud volcanos. On Earth, a large number of these formations are located in Gobustan, Azerbaijan and the Caspian Sea.

If they are mud volcanoes, what are the processes on Mars that might have created them? At HiRISE resolution, we can look for subtle flow features and compare these with other cratered cones elsewhere on Mars. 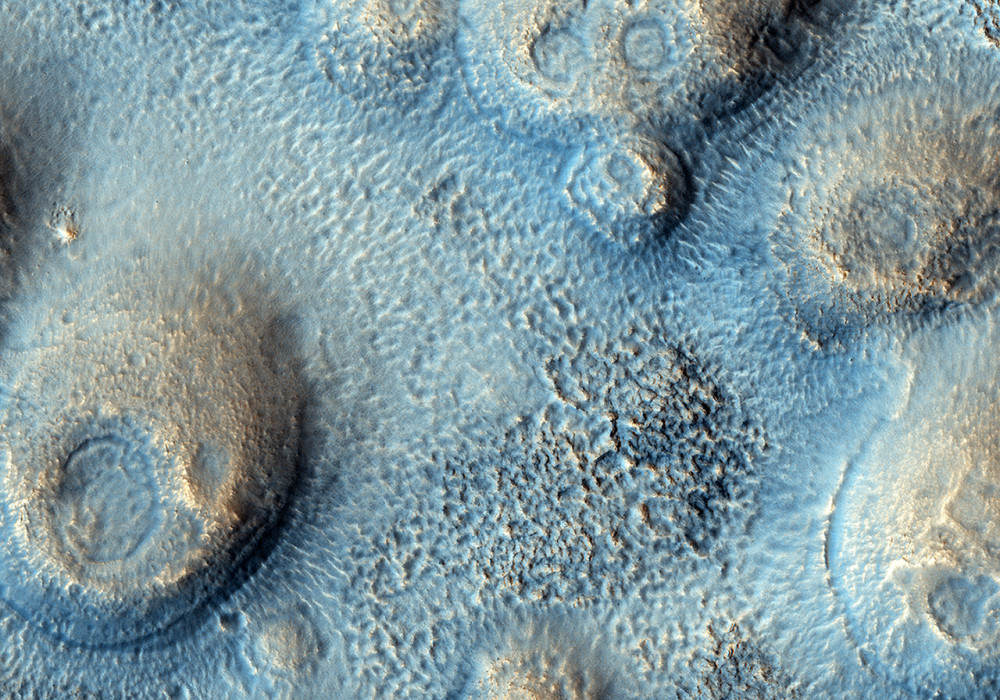