Cone-shaped hills with summit depressions or craters similar to the two examples in this image are common in the northern mid-latitudes of Mars. Their occurrence in plains that are likely to be volcanic in origin, and their shape that is similar to small explosive cones on Earth, are evidence for a volcanic genesis of these cones.

But the details of the surrounding area and the cones, in this case, demonstrate they are too battered by small impact craters and erosion in general to allow a definitive interpretation. They could also be simply erosional outliers of an older terrain. Or, they may be non-volcanic features similar to certain ice-related hills on Earth. 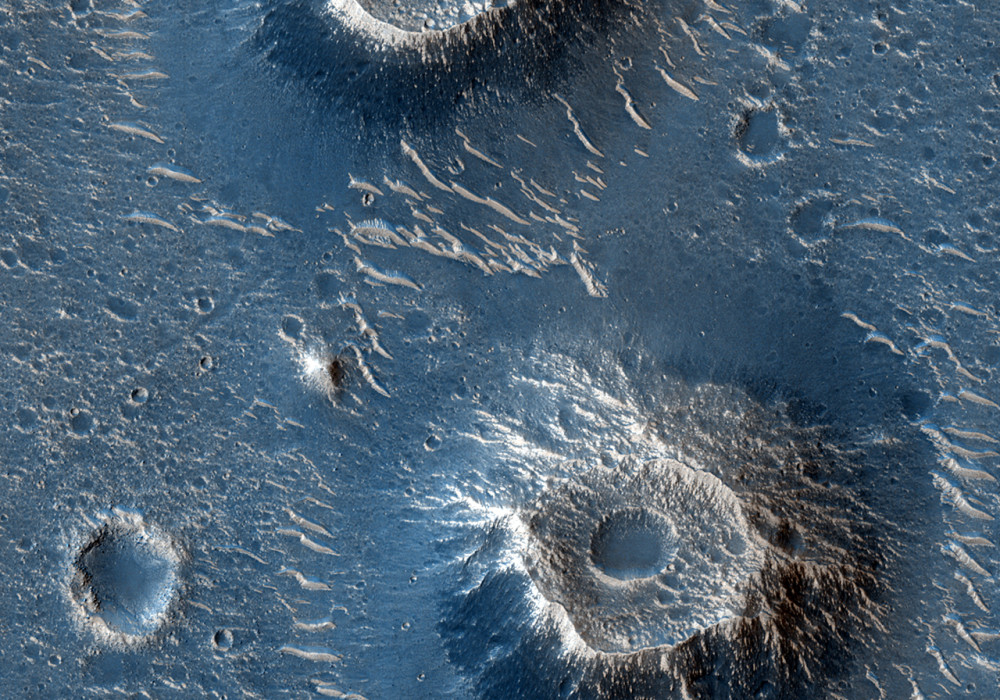