This HiRISE image shows several cratered cones near Hephaestus Fossae. The fossae are a network of troughs typically several hundred meters wide; parts of these troughs are visible at the edges of this image. These may be related to regional tectonic activity.

Several origins are possible for the cones. They could be volcanic: volcanic and tectonic activity are often coupled, and the cones bear some resemblance to small volcanoes on Earth called cinder cones. However, there are no obvious lava flows (often associated with cinder cones) in this field of view. The eruption could have been more explosive, producing only small fragments with no flows, but this is not certain.

There are alternate explanations for the cones. Pedestal craters form when material ejected from impact craters armors a layer which erodes elsewhere; this is an unlikely origin for the cones since there is no obvious trace of the ejecta around the cones. Mud volcanism can also produce cratered cones somewhat similar to these morphologically, and this has been suggested at other sites on Mars. 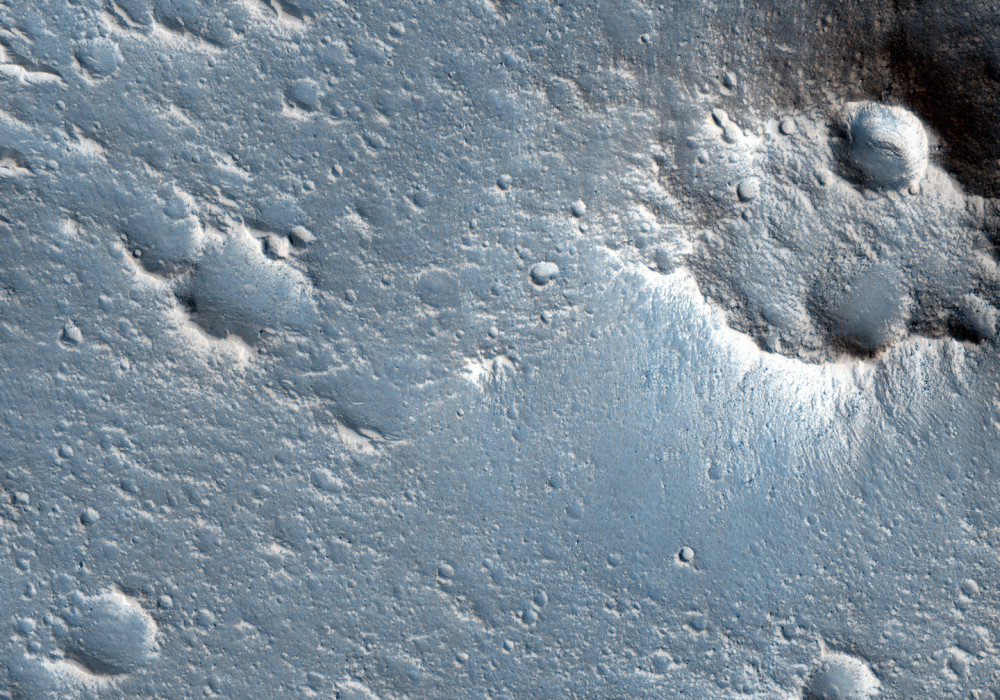