One of the scientific goals for taking this observation is to create a stereo pair with another HiRISE image. From stereo pairs, which are pictures of the same area but at different angles, HiRISE creates 3D or anaglyph pictures.

Known since at least 2003, this is a wonderful case of aeolian sandstone that (a) preserves its original sand dune bedform shapes and (b) lies unconformably over a previously-eroded surface of layered sedimentary rock. 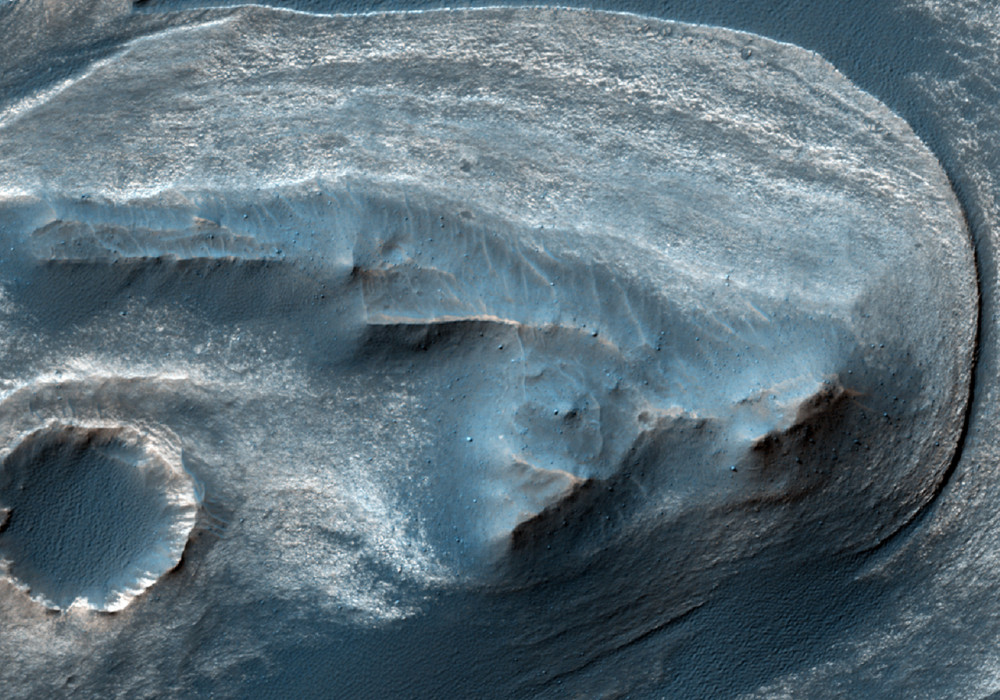