Cratered Dunes and Yardangs in the Medusae Fossae Formation

This image shows cratered dunes and yardangs in the Medusae Fossae Formation, located in the Martian mid-latitudes and is characterized by wind-sculpted landforms. The composition of the Medusae Fossae is unclear but may include indurated (hardened) volcanic ash deposits or remnant dust-ice mixtures that formed during a different Martian climate.

The bottom half of the image reveals dunes that have apparently become cemented. The dune field is heavily cratered and both the dunes and craters exhibit much erosion and degradation indicating that they are relatively old in age. Most craters do not have visible ejecta deposits (most likely due to erosion and/or mantling (being covered)) and have superposed smaller dunes and ripples that also indicate that the craters and thus the dunes on which they lie are old in age.

Sharp ridges formed from wind abrasion, or yardangs, are visible in the upper half of the image. Yardangs typically form in dry, desert environments with strong prevailing winds that are unidirectional and carry an abrasive sediment load. Abrasive winds erode the surface into parallel elongate landforms, or ridges, that are often three or more times longer than they are wide.

When viewed from above, these landforms often resemble the hull of a boat. Yardangs typically form in easily-eroded material, most likely sedimentary rock or volcanic ash deposits that contain some amount of sand. Yardangs are found on both Earth and Mars. 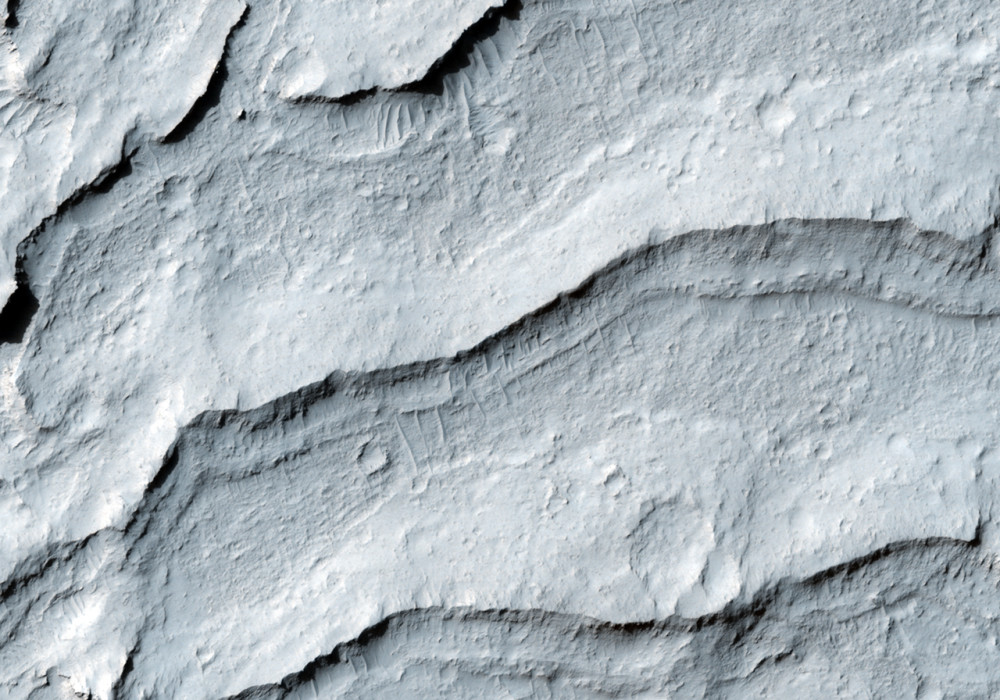