Cratered Summit of a Knob

There are many knob formations is the southeastern Acidalia region of Mars. All show a hilltop crest except one which has a summit crater that resembles a cone volcano.

Knobs like these likely formed from interactions between water ice and lava. For instance, the crater at the top of the center knob is likely from a steam explosion when lava vaporized ice. As such, this summit crater is not an impact crater.

This caption is based on a public target suggestion from HiWish . 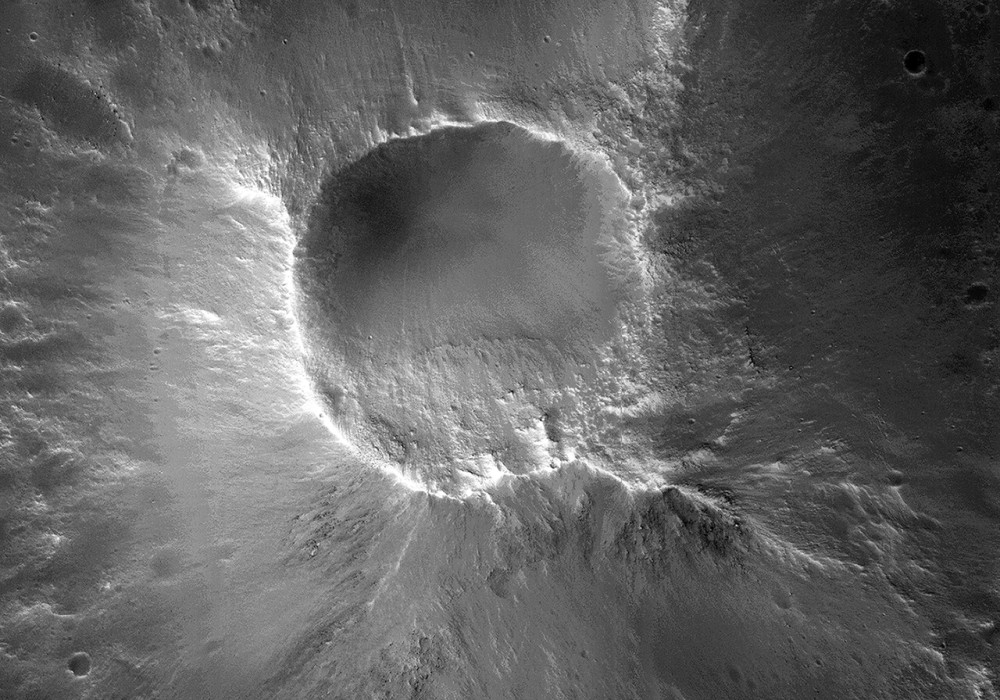