This image shows two pits partially filled with lumpy material, probably trapped dust that blew in from the atmosphere.

The pits themselves resemble impact craters, but they are part of a chain of similar features aligned with nearby faults, so they could be collapse features instead. Note also the tracks left by rolling boulders at the bottom of the craters .

Nilokeras Scopulus is the name for the cliff, about 756 kilometers long, in the northern hemisphere of Mars where these craters are located. It was named based on an albedo (brightness) feature mapped by astronomer E. M. Antoniadi in 1930.

This caption is based on a science rationale from HiWish . 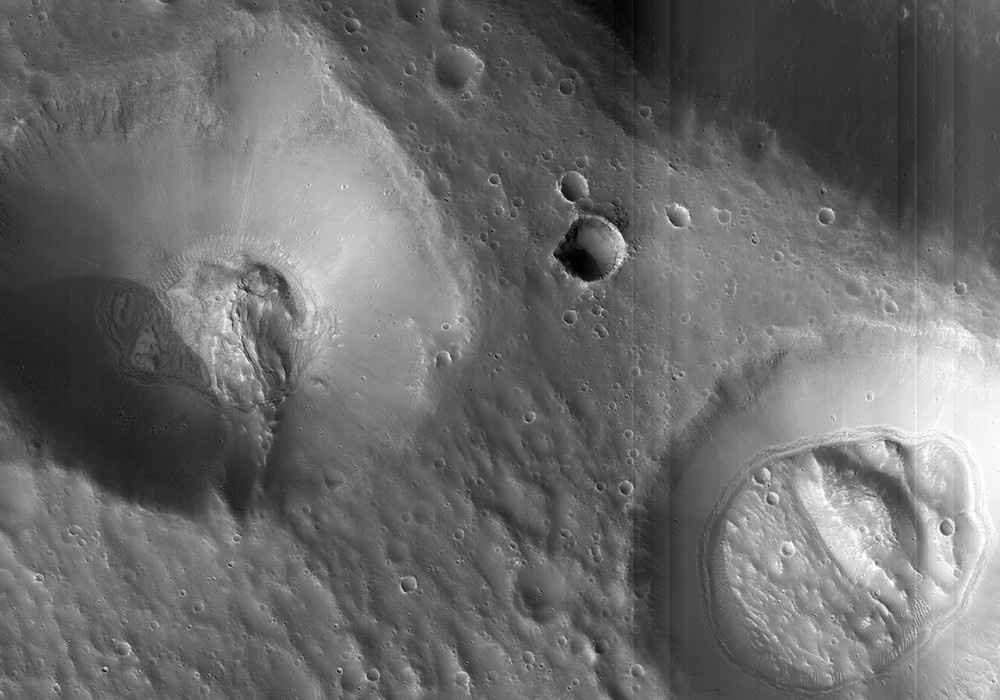